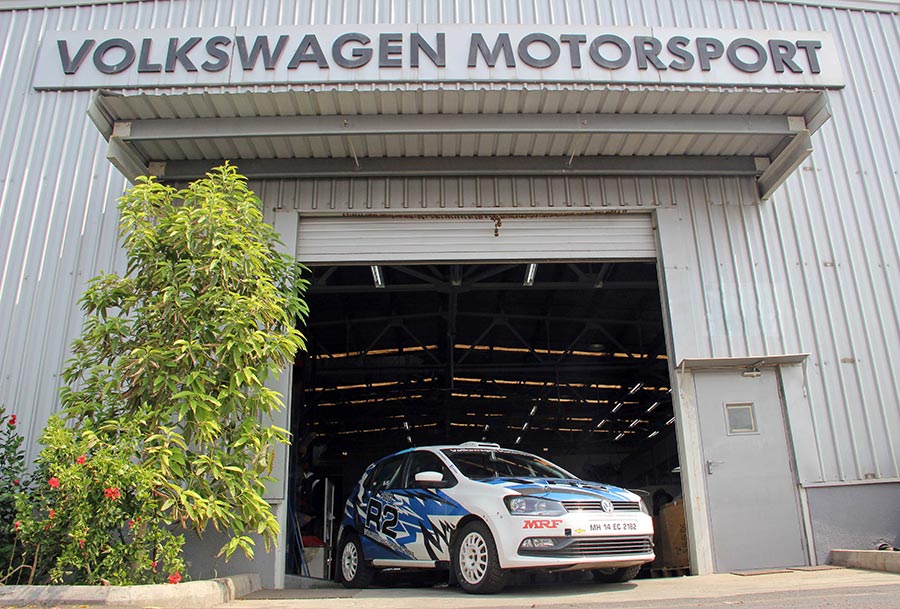 To showcase the performance and reliability of these thoroughbred rally cars, the Volkswagen Motorsport India team will compete in INRC and INRC2 categories. Vicky Chandhok will be piloting the INRC segment car while Phalguna Urs will pilot the INRC2 rally car in the opening round of INRC in Chennai over the coming weekend. Phalguna will continue driving the Volkswagen Polo INRC2 car throughout the 2018 season.

Volkswagen Motorsport India’s Customer Sport programme allows rally drivers to get a factory prepared Volkswagen Polo rally car as per suited to their individual requirements. In addition, the factory’s Motorsport team also provides on-ground technical support to the drivers and their teams.

After our global success in the FIA World Rally Championship (WRC) for four years on the trot, Volkswagen Motorsport changed its focus to developing customer cars globally and we followed suit here in India too. We have developed cars for potential customers across all three categories, for individuals who wish participate in competitive rallying.

Our Customer Sport initiative helps individuals get a factory prepared Volkswagen Polo rally car along with an experienced team of performance engineers from Volkswagen Motorsport.

Vicky Chandhok began his driving career way back 1972 and continued racing and rallying throughout the next 28 years, until his final competitive outing at the South India Rally in 2000, which he won. In that period he competed and won races all over India in Formula Fords, Formula Indians, Formula 3 and Formula 2 cars during the heyday of Indian motorsport. As a driver, Vicky won some of India’s biggest Rallies – the Himalayan Rally, the Rallye D’ Endurance, the South India Rally in Chennai, the Popular Rally in Kerala and the Charminar Challenge in Hyderabad.

Phalguna began his rallying career in 2008 and has been actively rallying for the most part of the last decade. Phalguna won his first rally at the Rally Star Cup in 2009 in Bangalore. The following year, he won two rallies and finished on the podium in the Rally Star Cup. Phalguna won the 1600-cc class driving the factory supported Volkswagen Polo in 2014. Over the course of his long rallying career, he has participated in over 30 rallies.

About Volkswagen Motorsport India: Taking ahead 50 years of enriching global motorsport legacy of