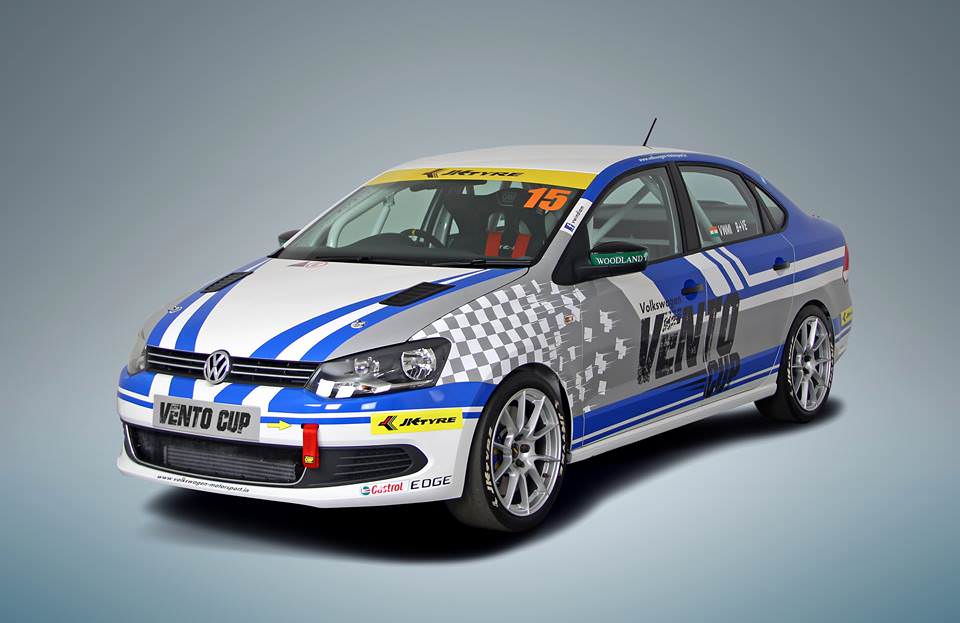 The Volkswagen Cup Race is here in the corner. Volkswagen India, today officially showcased its new VW Vento Cup car that features 1.4 TSI (Turbo Stratified Injection) engine that pumps out an amazing 180 horse power. Till date, The VW Cup cars were only a polo series but from 2015 the Volkswagen Vento would also participate officially in the VW Cup race. Of course, The so called Polo Cup would now become Vento Cup! 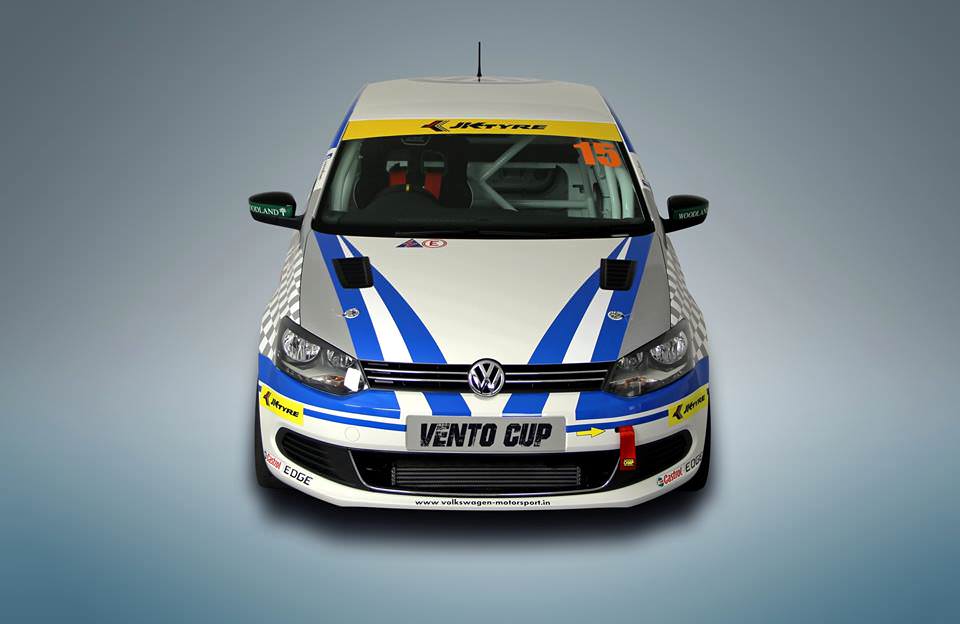 The standard edition of Volkswagen Vento in India comes with 1.2 TSI (Turbo Stratified Injection) and with a 1.6 litre petrol engines, both produce 105 bhp of power at the front wheels. The Vento cup car gets 1.4 TSI, a slightly bigger version of TSI family that churns a maximum of 180bhp with a crazy 250 Nm of peak torque. The VW Vento cup car also gets Six-speed DSG unit and everything which is mandatory under FIA(Fédération Internationale de l’Automobile)  guidelines like a roll cage, fire extinguishers and others. 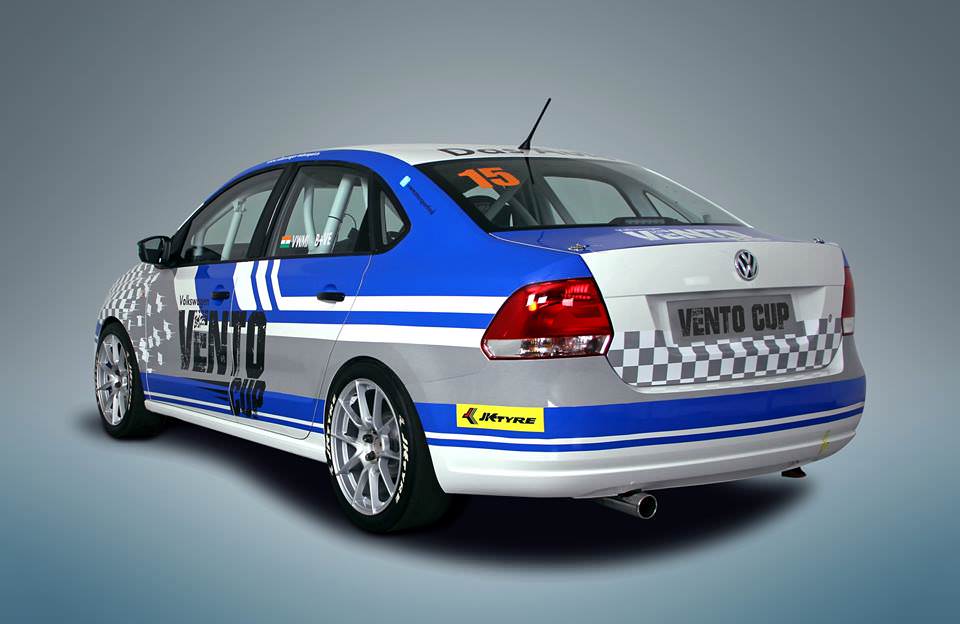 Volkswagen is the very first company to get participation from core racing enthusiasts and specially hardcore VW brand lovers. The Volkswagen Vento Cup 2015 registrations are now open and one can register to the race under 3 different categories, either as Junior, Pro or Master.

Volkswagen India is also planning to introduce the next generation Vento by July of this year.