2018 – A Successful and Turning Point Year for Tata Motors (PV) 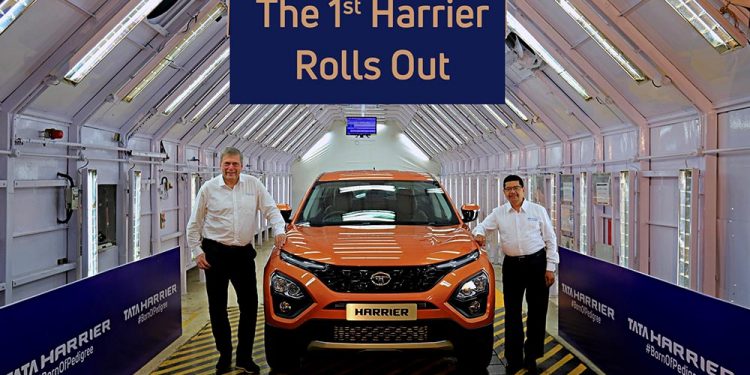 2018 has been a turning point in the history of Tata Motors’ passenger vehicle business with consecutive growth for 35 months. The PV business grew on the back of the new generation products. Commencing with the launch of two new platforms (ALFARC and OMEGARC) and the showcase of the H5X (now christened as Harrier) & 45X concept cars at the Auto Expo in February, 2018, this year was instrumental in paving the path towards enabling Tata Motors to be at the forefront of the Indian automotive industry. The company also introduced the new dual-architecture strategy, which will deliver 7-8 products/ variants from these two platforms ensuring greater coverage and sizable economies of scale. 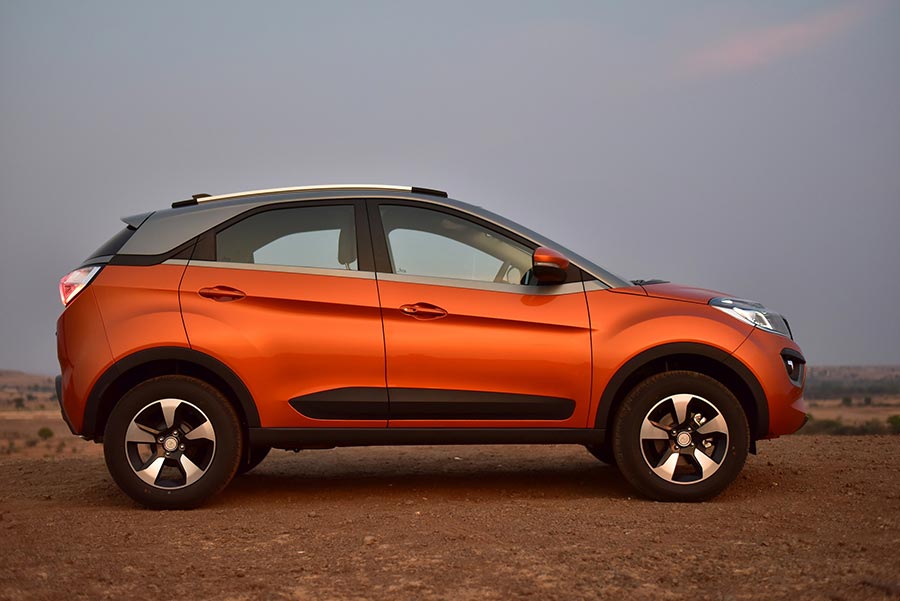 Additionally, the rollout of the Turnaround 2.0 strategy, laid its focus on ‘winning sustainably’ in the PV Business. Acting as a catalyst, this strategy led to multiple wins for the PV business in this year.

The PV business witnessed a firework of four new product introductions during the festival season, which included the launch of the Nexon KRAZ, Tiago NRG, the all new Tigor and the JTP twins. Launched by JT Special Vehicles (JTSV), the 50:50 joint venture with Jayem Automotives and Tata Motors, the JTP range of performance vehicles – the Tiago JTP and the Tigor JTP are all set to bring back the ‘Joy of Motoring’ in everyday commute. In addition, this year the Nexon and the all new Tigor made their way into various international markets.

In its constant effort to connect with younger consumer groups, this year the PV business fortified its brand presence across key marathon events. However, the highlight of the year was Tata Nexon’s association with VIVO Indian Premier League as their official partner. This year witnessed many strategic digital campaigns that resulted in optimum brand buzz and created more excitement for new products. Additionally, experiential marketing played a key role in increasing customer engagements. Adding some style to the year, Tata Motors also signed-up the popular Bollywood superstar – Hrithik Roshan as the brand ambassador for its all-new stylish sedan, the Tata Tigor. This and lot more led to an improvement of the PV brand in its Net Promoter Score from -1 to +18 this year. 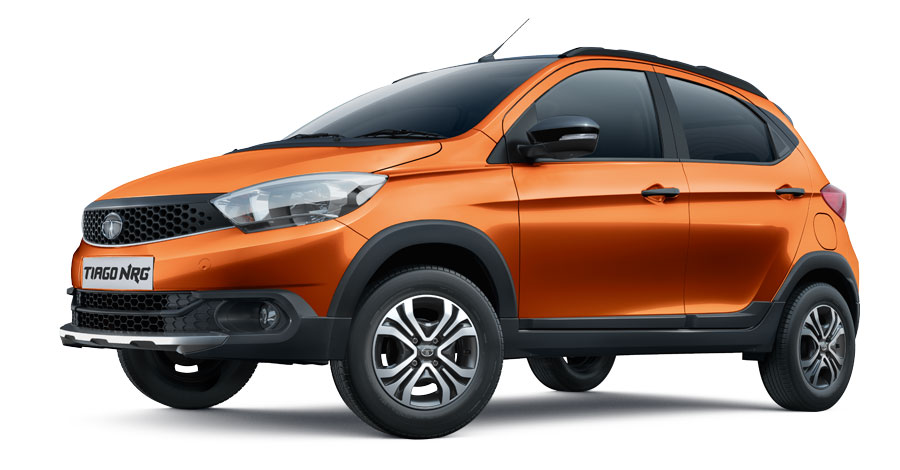 Incredible performance by the manufacturing plants:

The Company’s plants too made it really proud this year, as they continued operating at their optimum levels. While the Ranjangaon plant rolled out its 50,000th Nexon in August, Sanand kept bettering its own record for the highest ever production since its inception. Rolling out its 50,000th passenger vehicle in October 2018, the Sanand plant not only won the Best Plant Safety Performance Award but also received CII’s Greenco Platinum certification.

In addition to the above, for the upcoming, born of pedigree product, the Harrier, Tata Motors set up a new, world-class assembly line in the Pune facility under JLR’s guidance for ensuring high levels of dimensional accuracy and build quality. Top of the line international manufacturing practices like geo pallets, inline measuring robots, MFDC controlled welding, Bosch timers and JLR NUMMI process will ensure every Harrier rolled out from assembly line follows stringent quality standards. With close to 95% automation level, the Harrier assembly line uses 100 ABB & KUKA robots. 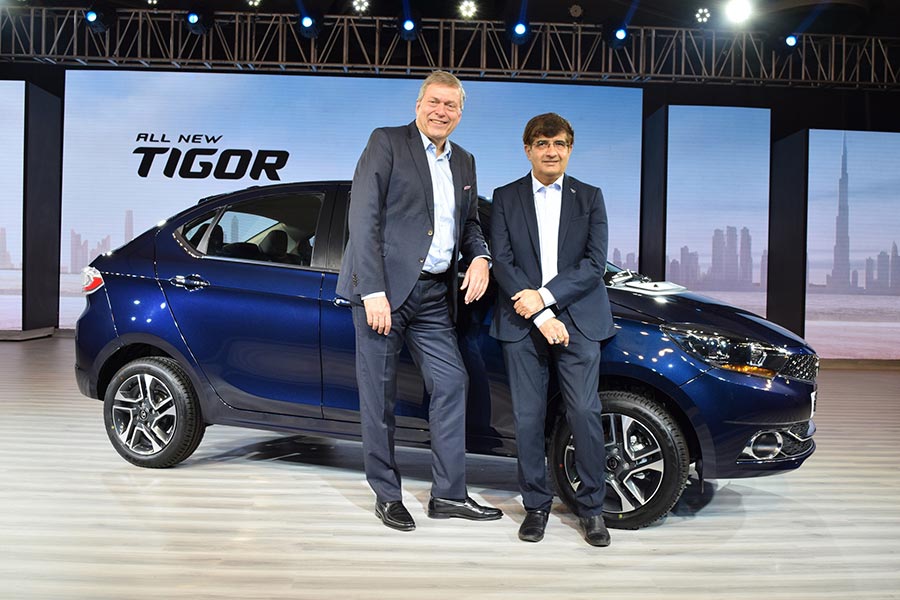 With a renewed focus on increasing its footprint, Tata Motors has currently activated 27 new dealerships in its top 20 serviceable markets with another 17 more under activation. In Kerala and Maharashtra alone, 7 new dealerships each were added. Additionally, in a recently concluded event, the Company also added 6 new dealerships in the state of Rajasthan in a day – the fastest expansion drive done by its PV Business in one day.

All this put together, Tata Motors has appointed an additional count of 59 dealerships and 142 Emerging Market Operations (EMOs) in 2018. These additions have helped the Company to expand its presence to an additional 90 cities this year. Adding to this, Tata Motors has also introduced the ‘Ashwamed Project’ in Uttar Pradesh – an upgradation of EMOs in Uttar Pradesh.

The PV Business constantly explored unique ways to build consumer loyalty. In an effort to do so, the business introduced 24×7 Road Side Assistance service which offers quick assistance to distressed customers within 45 mins. Thanks to the constant training and skilling sessions for its executives targeted at ensuring customer centricity, Tata Motors’ customers now attest to an informed and pleasant experience at the Company’s many dealerships. New digital intervention in customer service like introduction of the Service Buddy app (ready reckoner used by service advisors), Tata Motors Service Connect app (Customer App), Tata Motors Service application (Job card opening app) were highly appreciated by customers. However, the proof of the pudding was when the PV business bagged the second spot for the second year running, this time doing even better – a clear second position in the JD Power CSI Study, 2018.

“We started the year on a high note, as we clocked the highest sales figures in 63 months in January 2018. Moving forward, this year witnessed an array of launches from the PV Business including four new product introductions during the festival season, which helped us to grow our volumes during what was a rather sluggish period for the entire auto industry. While we bucked the trend to a large extent, we have also felt the effects of a few adverse external economic factors, during the last few months. Not being deterred by these headwinds, our PV Business registered a remarkable improvement in brand perception in 2018 owing to our forward-looking market strategy, leaving the close competition significantly behind.” 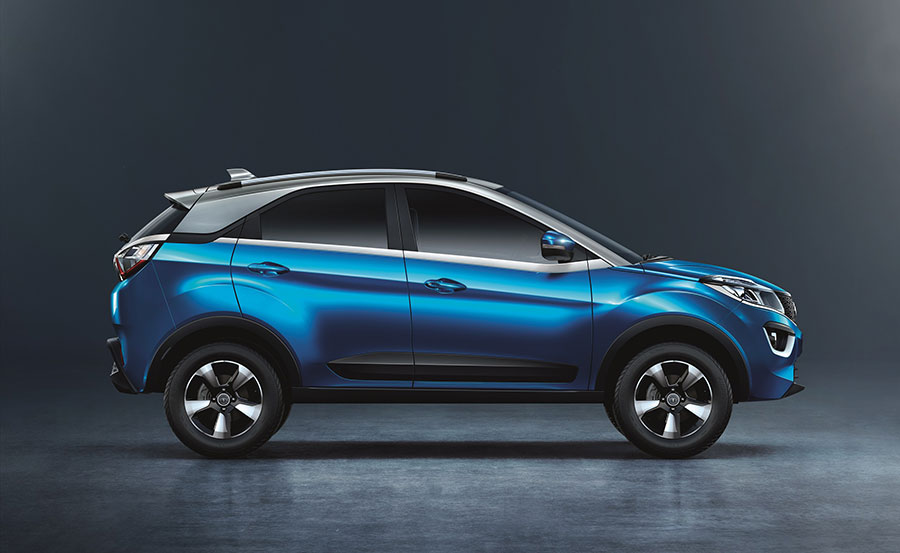 Having said that, we are happy to conclude this year with the unprecedented response by our customers and partners for the Harrier, at our nationwide preview events. With its launch scheduled for early 2019 and with the continuous love showered on our existing new generation product range by our customers, we will continue to strive towards driving volumes and increase our market share as part of our on-going Turnaround journey.

Tata Motors has been steadily expanding its offerings in the Indian market and manufacturing best-in-class products with its advanced technological prowess. The business manifesto of the passenger vehicle business for 2018 was built on three strong pillars which include sales enhancement, cost reduction and operational efficiencies.

The Company is confident of capturing a larger pie of the domestic market next year by building on the already strong foundation it has laid in 2018. As a challenger brand, Tata Motors will strive to continue to outperform the market and aim to make the Company the most loved and cost-effective company in the world. In the words of Mr. Pareek “365 days bring with it 365 new opportunities.” Having said that, with a number of hits in 2018, Tata Motors is all geared to step up its game in 2019.