The Citroen C5 Aircross impresses us in many ways and more importantly it is different from the other SUVs out there. We like the looks which is what will attract most buyers to it 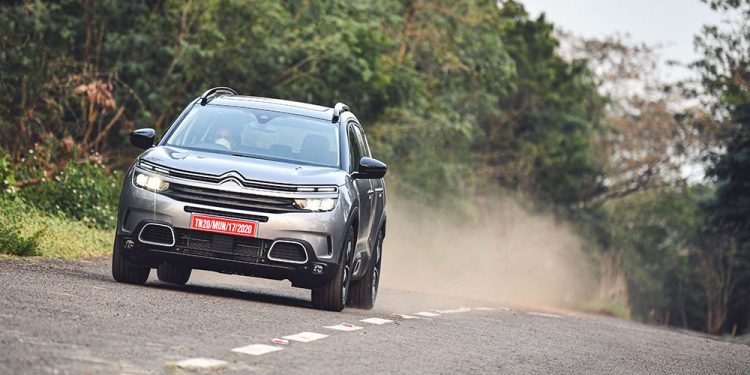 Citroen is a brand new car maker that has finally come to India after some delays. Its origins are from France and over the years, it has made many interesting and celebrated cars. In India, Citroen is a relatively new company but it has been working in educating the public about its brand for some months now. Citroen has big plans for India including a massive new plant which is the old CK Birla plant in Tamil Nadu while its first product for India is a premium SUV called as the Citroen C5 Aircross. This SUV has been around for a while and is sold around many markets globally. In India the Citroen C5 Aircross would come in via CKD kits and would be positioned in the premium 5-seater SUV space. So should you consider a new brand and a new SUV? Let us take a look.

The C5 Aircross looks unlike anything else and comes across as an interesting design which is radical for sure. The Citroen C5 Aircross is quite a large SUV with being around 4.5 meters long (longer than a Hyundai Tucson for example) and is also a wide car. The talking point of the C5 Aicross is the design obviously with the two tier LED lights and grille along with the massive Citroen logo in the middle while there are numerous lines which disguise the bulk very well.

The C5 is a big SUV but looks smaller in pictures with a more crosssover oriented design courtesy the curved styling along with the round elements. You can see a theme with the cladding having round elements to the exhausts and also right in the front bumper. The same theme is carried over to the tail-lamps. India spec models will get 18-inch wheels while it also has functional roof-rails. The overall design is attention grabbing and is one big USP of the C5 Aircross. The SUV will come in seven colour options while there are four with the dual-tone theme.

Step inside and you are greeted by a quality rich cabin plus with a sense of individuality. Citroen clearly wanted to stand out and it does so very well. It does not have the usual beige or dual tone look as it has a special leather blended with a cloth which gives buyers a sense that they are buying something different. The quality is outstanding for sure with sturdy doors and high quality switches being used while soft touch materials are also used in abundance. The instrument cluster is a massive 12.3 inch one while the centre console is an 8inch unit.

The instrument cluster has three views which you can change through while the design plus lay-out is indeed easy on the eye. The centre console is also neat with the touch screen mentioned earlier plus there are touch controls located below for you to reach out to the main menus quickly instead of the shortcuts being only on the touch screen. Nice. The touch screen is very smooth to operate but the menus are limited however it has everything you want while the music system sounds nice as well with good clarity to the sound.

Further below you have buttons for the drive modes and also a knob for the traction mode. The steering wheel buttons are also large and easy to use. The C5 is also immensely practical with good amount of storage spaces while the boot with all seats in place is also 580 litres and that’s again more than rivals.

The C5’s USP is about its rear seats which are adjustable in different ways for each and that is unique plus gives it more options along with added practicality. The front seats are very comfortable too while in terms of overall space the rear seats offer decent room but not a huge amount of it though headroom is very good.

Citroen only offers two models, Feel and Shine with the top-end model being the Shine trim, however the difference is very small with the base variant being loaded with nearly every feature which you can imagine including the touch screen, digital instrument cluster, hands-free parking, powered driver’s seat, dual-zone climate control, puddle lamps, heated and powered mirrors, electronic parking brake, front and rear parking sensors with rear camera, air quality system and more. The top-end Shine variant adds in a massive panoramic sunroof plus full LED lighting along with a hands-free tail-gate opening. Further safety features include traction control, Hill Descent control, blind-spot monitoring system etc.

The Citroen C5 Aircross is only being launched with a diesel engine and an automatic gearbox. There is no 4×4 option also. The engine is a 2.0 diesel which develops 175 bhp and 400Nm of torque. Start it up though and it is fairly refined while the stand out bit is the steering which makes the rather big C5 Aircross feel smaller on our roads. It is easy to drive in tight traffic no doubt while the automatic 8-speed gearbox does its job very well too.

Out in the city you can also feel the suspension which Citroen has been marketing a lot. The C5 Aircross gets a special suspension with hydraulic cushion system and that gives a nice ride quality with speed-breakers or average bad roads being dealt very well. Road noise is less and so is the way the suspension takes it all in itself.

The C5 comes with a start/stop system which saves fuel while you can expect 13-15 kmpl in the city. The official figure meanwhile is an impressive 18.6kmpl. When taken to the highway the C5 performed well there also but the engine does get a bit noisy when driven with the sport mode on or when driven hard hence the C5 is perhaps best left to cruise. While it may not be an off-roader the excellent 230mm ground clearance and the grip control with modes like Snow and Sand offers good traction for various surfaces.

The C5 Aircross is a 5-seater SUV and will find its natural rivals in form of the Hyundai Tucson and the Jeep Compass. The Citroen is longer and bigger than both but it will also most likely more expensive with prices expected to be near Rs 30 lakh while the Compass in its top-end is Rs 28 lakh and the Tucson is Rs 27 lakh. The Tiguan Allspace even though it is a 7-seater is also a rival but more expensive.

The Citroen C5 Aircross impresses us in many ways and more importantly it is different from the other SUVs out there. We like the looks which is what will attract most buyers to it along with the interiors plus the features while the ride quality also stands out. The C5 will not be cheap since it is a CKD but has enough to make a dent in the sales of its rivals. Citroen has limited presence in India to start though being in only 10 locations but it has a mobile showroom set-up which will reach more locations. Overall this is the most interesting SUV launched in recent times and will do good numbers.