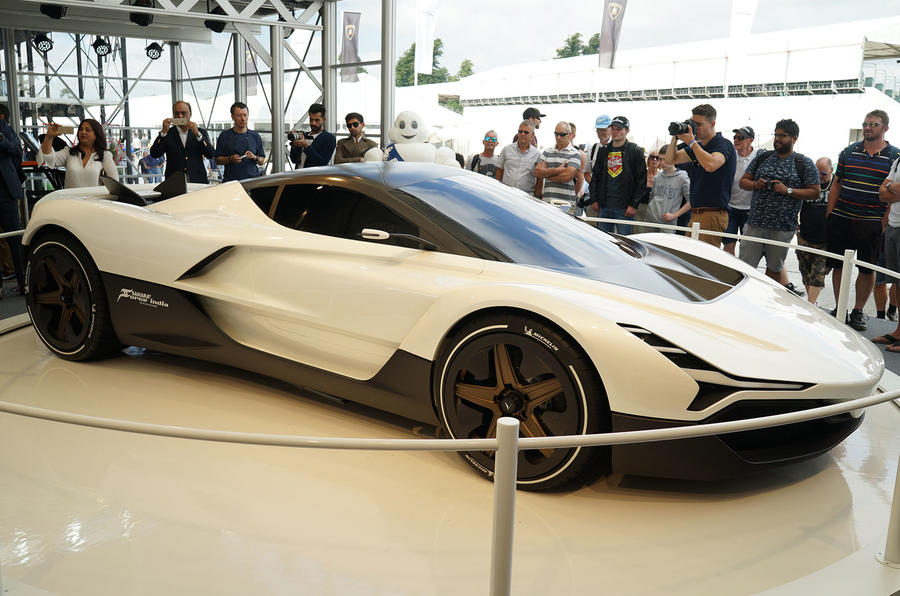 Mumbai-based startup Vazirani Automotive has revealed its turbine-electric hypercar named the Shul, at the 2018 Goodwood Festival of Speed.

The car uses a jet turbine-electric powertrain that enables it to mix rapid, torque-heavy performance without compromising on the range. Vazirani said that his firm has “worked with a company in the UK on the development of a turbine” that allows drivers “to use regular petrol so they can rely on existing infrastructure.”

Four electric motors are each located beside a wheel to provide fully independent torque vectoring. The motors drive through single-ratio gearboxes, with Vazirani stating that they don’t need a second cog because they offer a bandwidth of power “that is pretty damn good and more than enough of what we think customers will use.”

The Shul uses a carbon-fiber tub chassis and makes extensive use of carbon-fiber in its body to keep weight down, while the exterior has been shaped to minimize drag. Vazirani said the car’s turbine meant that it could use relatively small batteries, also helping to trim weight.

“Our battery pack weighs only about 300kg and gives you the advantage of charging it on the go,” he said, confirming that the car has the regenerative technology. “The battery is right behind the passenger [cell] and it also takes some space through the central tunnel, so the car has an optimum weight distribution.” 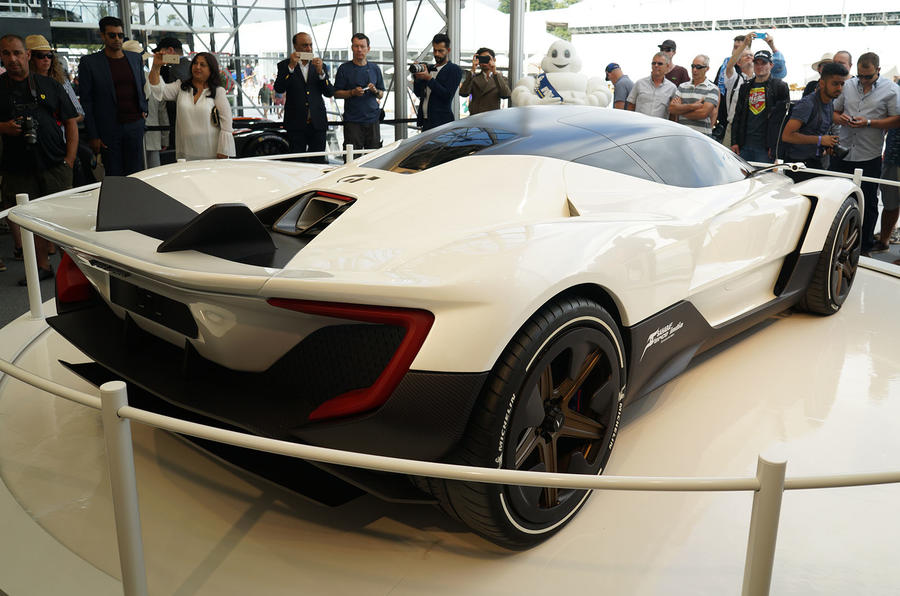 The company is headed by Chunky Vazirani who is also its chief designer wanted to make the model more emotional than regular electric vehicles because he himself is a “true petrolhead”.

“We’re a young and agile company, so we don’t have to be committed on components yet,” Vazirani said. “We can integrate new technology into our car in, like, six months — which is much, much faster than conventional companies.”

Although Vazirani Automotive is an India Based company and the Shul is India’s first hypercar, the company has a design studio in California. Vazirani said: “We want this to be a story of India, but we can’t build it here yet so will build it elsewhere.”

The location of the production facility has yet to be decided, but Vazirani said California is most probably because “it’s the capital of the electric car world and we have connections there”, plus it would allow the company to “offer our products elsewhere in that community”