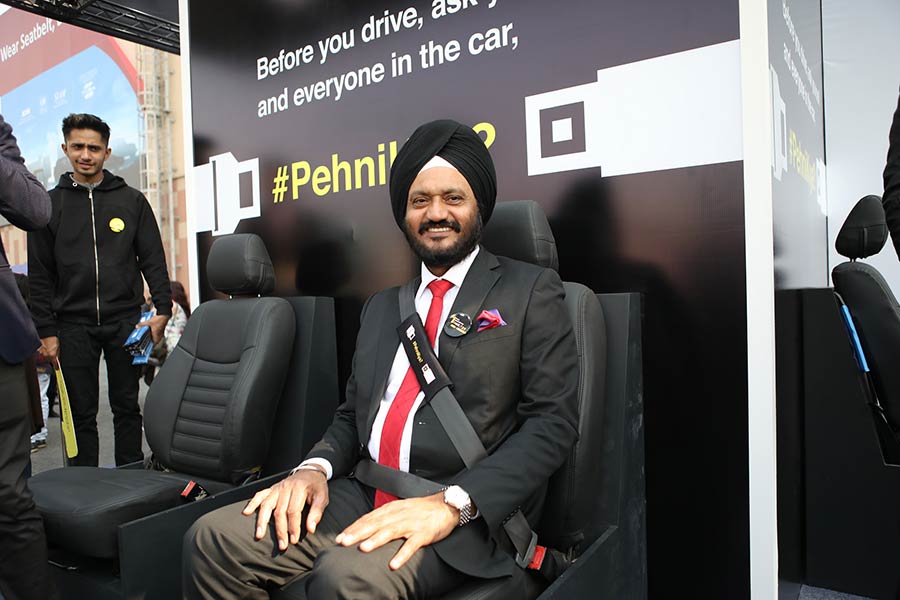 As a part of its road-safety efforts, Maruti Suzuki India Limited (MSIL), the country’s leading passenger vehicle manufacturer, creates excitement and surprise among Auto Expo 2018 visitors at Greater Noida. The Company organizes a unique #PehniKya? flash mob to create awareness about seat belt use. The flash mobs will be held from 9th Feb till 14th Feb at Auto Expo 2018, Greater Noida.

The #PehniKya flash mob sports India’s first-ever seatbelt song – a catchy, appealing jingle designed to create a lasting impact on the critical importance of the seatbelt. The lyrics are kept simple and catchy. The foot tappingnumber is a mix of Indian and Western music to appeal to a wide range of audiences especially youth.

Maruti Suzuki has partnered with The Danceworx, led by famous choreographer Ashley Lobo, for a signature dance routine to be performed to the song. The flash mob performance will take place thrice a day throughout the duration of the Auto Expo.

At special Pledge Booths in the venue, visitors can fasten on the seatbelt, take the pledge, share their selfies on social media and stand a chance to win special #PehniKya? branded cozy. Through this, Maruti Suzuki hopes to encourage car users, especially youth, to wear seat belts and contribute to make India’s roads safer.

We are encouraged bythe huge popularity of our #PehniKya? social campaign to promote seat belt usage among car occupants. The 360 campaign is designed to address the key factors for not wearing the seat belt which emerged from our national survey of car users.

Auto Expo, with its vast scope and exposure, gives us the perfect opportunity to reach out to car enthusiasts especially youth. The special flash mob, around #PehniKya? is intended to rally masses into action with a new vigor. Through flash mob we want to spread awareness about seat belt in a fun and engaging way.

The #PehniKya campaign was kicked off in November, 2017 wherein Maruti Suzuki released some insightful data on road-user behavior and their attitude towards wearing seat-belts. The data was accumulated from research and surveys conducted in 17 key cities, to assess the awareness levels and understand the challenges in the sparse usage of seat-belts in the country. Seat belts bring down the risk of fatality by upto 50% in the event of a crash (WHO). As more and more passenger vehicles come equipped with airbags to meet advanced safety norms laid down by the government, the use of seat belt becomes even more critical for safety. If an occupant is not wearing a seat belt, an airbag may cause more harm in the event of a crash.