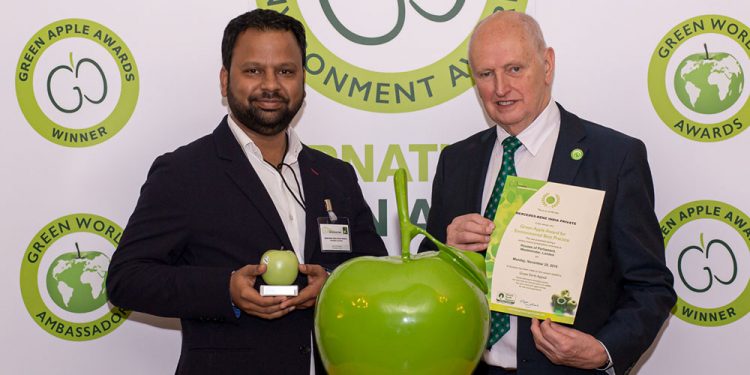 Mercedes-Benz since 2017 has embarked on a plantation drive, doing its bit to battle the degradation of forests, especially in India’s tribal areas.

Deforestation is a major cause of climate change, the realities of which are hitting harder than ever with soaring summer temperatures, protracted monsoons, unseasonal floods and wildfires.

Besides the environmental consequences, deforestation is also destroying the livelihood and way of life of India’s indigenous tribal communities.

Mercedes-Benz India is doing its bit to battle the issue with the plantation project, which currently spans eight villages in India’s Western Ghats and operates across  areas where the majority of village residents are classified as belonging to Vulnerable Tribal Groups as defined by the Government of India.

The Mercedes-Benz project competed among 500 entries with the company’s CSR Manager, Mr. Mandar Kulkarni picking up the award at a ceremony in London.

“The realities of climate change have never been more evident. Europe’s record heat wave, India’s extended monsoon rains, floods in Venice, the severity of the bush fires in Australia and California are all consequences of environmental degradation. As a responsible corporate citizen, Mercedes-Benz has always been committed to sustainability, whether it’s in the manufacturing of our cars or projects like the one we have undertaken in the Western Ghats. Our commitment to sustainability is proof of our belief that if we all act and do our bit, we can beat climate change.”

The Green Apple Environment Awards were instituted in 1994 to recognize environmental best practices around the world. They aim to improve environmental performance of individuals and companies, encourage the efficient use of resources, enhance the competitiveness of organizations and support the wider goals of sustainable development, including social benefits through community and staff involvement.