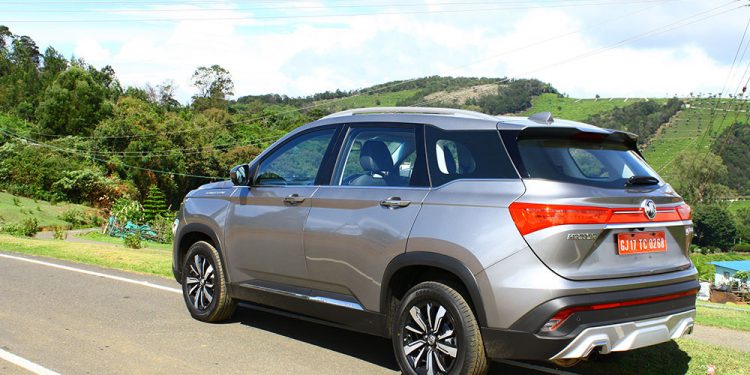 It has been one of the most awaited launches and finally we have driven it. We are talking about the MG Hector and a lot has been said and written so let us now talk how it is to drive and what is it like in the real world. The Hector has been reworked extensively in India to suit Indian terrain and MG have worked and completely changed this SUV. The Hector is a big 5-seater SUV to rival the likes of the Mahindra XUV500 and Jeep Compass plus of course the Tata Harrier. However it also aims to take a large slice of the Hyundai Creta pie. So can it? Read on.

The Hector is big. It is bigger than rivals and looks like it with huge presence. With the Hector being 4,655mm in length, 1,835mm in width and 1,760mm in height, it easily beats others for presence. There is also a lot of chrome and other popular SUV design details that we love. Like the Harrier the LED running lights (plus dynamic turn indicators) are linked to the huge grille while the actual headlights are below.

There is more chrome and skid plates are there too. The 17 inch alloys do look too small for the huge body. The side is more estate like and shows the length while it has a floating roof like design too. Meanwhile the rear has LED tail-lamps which makes the SUV look wide. Build quality on the outside is good and the paint finish on the colours are very good also.

Step inside and the interior is simpler than the very aggressive exterior. There is also an all black cabin but due to the sheer size, it does not feel cramped here. There is a massive touchscreen at the centre and very few actual buttons while the steering is a sporty three spoke one with buttons neatly placed.

Storage is decent while the actual storage places in the middle are a bit small but the door pockets/glovebox is quite big. Quality is a mixed bag though as the plastics feel a bit hard and especially for the price or the premium positioning. There is leather and contrast stitching though.

A big USP is the space inside. It is huge and while it is a 5-seater, the seats are big. The rear seat has a flat floor and three is easy with very good shoulder/head/legroom. The seats are comfortable too and the boot is quite big also.

The features list is more like a Rs 40 lakh SUV than a 20 lakh one. It has the basics like cruise control, steering controls, touchscreen, rear camera and sensors, rear ac vents etc However it gets interesting when it also has dual powered front seats (6 way driver and 4 way passenger), a huge panoramic sunroof, powered tail-gate, front parking sesnors, electronic parking brake, 360 degree camera, 8 speaker audio system, 8 colour Ambient lighting, heated ORVMs , TPMS etc. In terms of safety there are 6 airbags, ESP, TCS and Hill-Hold Control, all round disc brakes.

Then there is the huge 10.4 inch touchscreen. It is in HD and you can play videos. It is the biggest touchscreen and comes in portrait mode. The graphics, design and icons plus the functionality is very good.

It also has the ‘iSmart’ connectivity tech feature. Like the Hyundai Venue it has an embedded sim and has internet which is Internet Protocol Version 6 (IPV6)-ready for 5G. Thus via different apps and software you can access a huge amount of features from TomTom real time nav plus more preloaded software from Microsoft, Adobe, SAP, Cisco, Gaana etc.

Plus it will also get over the air updates just like a smartphone. Plus there is the remote function which via your smartphone app you can control functions like turning on/off/turning on the ac, opening sunroof etc. Plus you can geofence, get real time updates, and many other features. There are safety emergency services too. Plus MG says your data would be secure.

That is not all though as its voice command works very well with Indian accents too. It understands 100 commands and just say ‘Hello MG’ and the voice command will let you do a whole host of functions.

The Hector gets a 1.5l turbo petrol with 141 bhp and 250Nm. Gearbox options include a 6-speed manual as standard while it also get a DCT automatic. There is also a mild hybrid option with the petrol which gets a 48v system. You get regenerative breaking, start/stop system and e-boost which provides additional torque.

There is only a 6-speed manual with this mild hybrid option. To drive this being a massive SUV, the performance is decent. However in inclines or putting your foot down, the Hector petrol hybrid feels touch slow and takes its time. The main reason is weight and lack of torque for a petrol. However as a mainly city drive the Hector mild hybrid is pretty good enough but diesel is the one to buy.

The Hector is a big SUV and needs the torque of the diesel which the 2.0l engine gives. It is the same unit as the one found on the Jeep Compass and Tata Harrier. It makes 170 bhp and 350Nm. It is a pretty silent for a diesel with only a minimal amount of noise and vibrations are controlled. It also cruises well and has been tuned well with lag less than seen in the Compass or the Harrier which have the same engine. Performance is good and it does well on the highway. Due to its weight and size, the Hector is not very fast but it’s not slow also.

In ride and handling, the big Hector rides well and feels like a big SUV. The suspension soaks up bad roads well. However it feels big around corners and rolls- it is not a fun car to drive like the Compass or as nimble as the Creta. In efficiency terms expect 10 kmpl for the petrol and 15 for the diesel.

There are four variants namely Style, Super, Smart and Sharp. However the base is not very well equipped so get the top-end as that has the big features, which is the main USP of the Hector.

The Hector is the biggest and scores on space. It also has features no one can match. The Harrier might arguably look better from all angles but the Hector looks more imposing from the front. The Compass is much better to drive and much smaller. Same for the Creta.

The Hector is a superb effort from MG. They have put in everything and made sure not to leave anything. It plays the value card and does exactly what every SUV buyer in India wants. It is big on size, features and presence plus the huge touchscreen space are further talking points. Yes the interiors are not the best quality and it is not as good to drive or as efficient as rivals but if priced well the Hector will be a popular SUV.

Check out the full photo gallery of MG Hector SUV below: 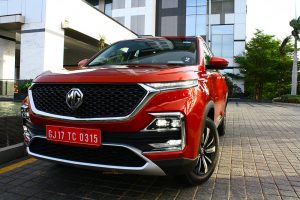 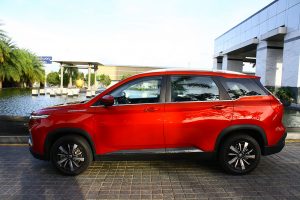 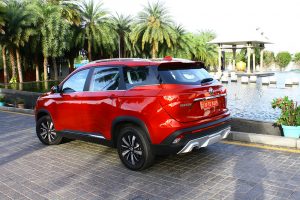 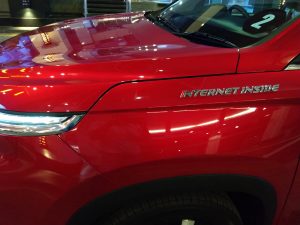 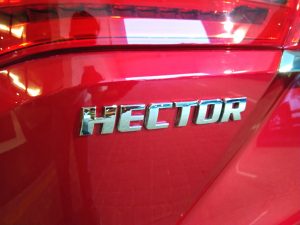 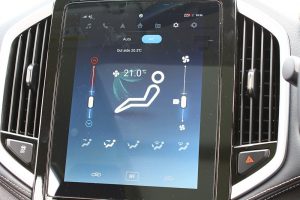 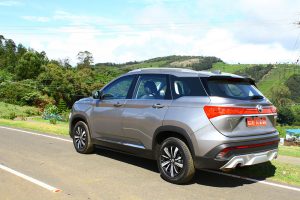 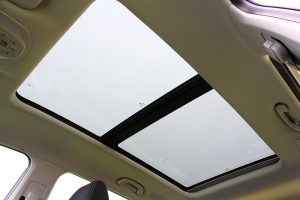 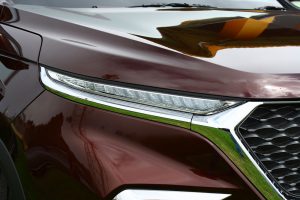 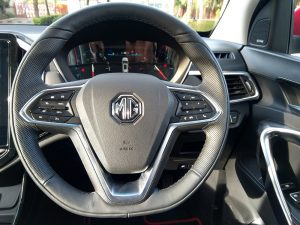 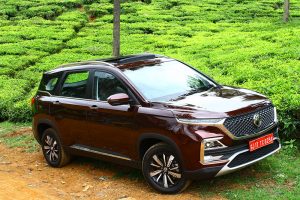 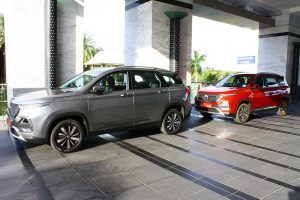 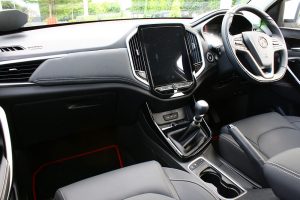 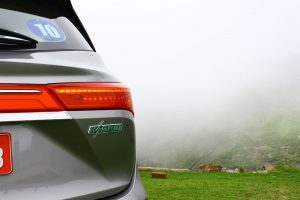 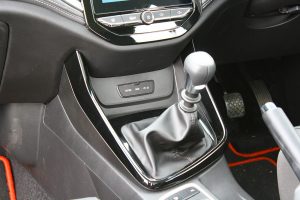 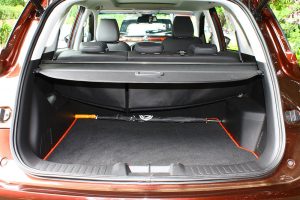 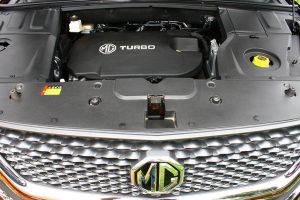