MG (Morris Garages) Motor India has manufactured 10,000 units of the HECTOR, its debut offering in India, at its Halol manufacturing plant. 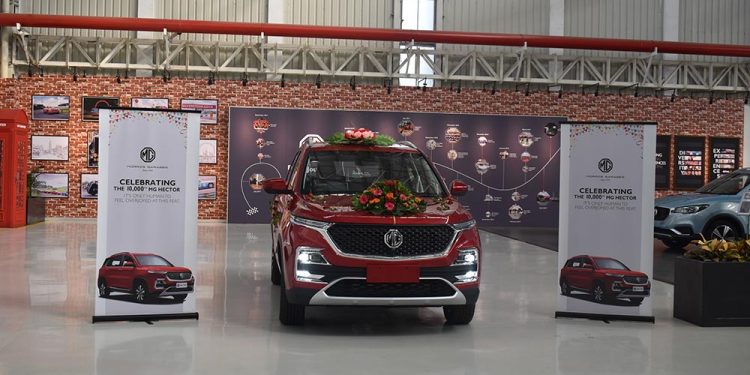 Underlining another milestone in its journey, MG (Morris Garages) Motor India has manufactured 10,000 units of the HECTOR, its debut offering in India, at its Halol manufacturing plant. The landmark has been achieved within just four months of the Hector’s launch in the country.

The carmaker plans to ramp up its production for its second shift beginning in November this year, in line with the increased component supply from its global and local vendors. It has received an overwhelming response for the MG HECTOR with bookings of over 38,000 units.

With the re-opening of bookings, the MG HECTOR has further gained momentum as the most compelling proposition in the SUV-C segment. Our endeavour is to ensure customer satisfaction through timely vehicle deliveries in the coming months,

The carmaker has recently re-opened bookings of the MG HECTOR, India’s first internet car, on September 29, 2019.