Royal Enfield posted a sale of 66,058 motorcycles in the month of March, against the sales of 35,814 ;motorcycles for the same month last year. 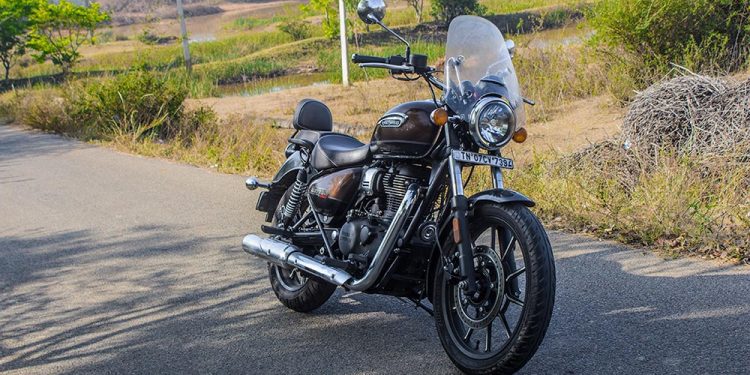 Royal Enfield posted a sale of 66,058 motorcycles in the month of March,  against the sales of 35,814 ;motorcycles for the same month last year.

Royal Enfield, the global leader in mid-size motorcycles (250cc-750cc),  announced the launch of new colourways on the 650 Twin motorcycles – the Interceptor INT 650 Twin and the Continental GT 650 Twin. The motorcycles will also be available with a host of new MiY options which the customers can choose to personalise their motorcycles. The Interceptor INT 650 Twin is now available in two new Standard (single tone) colourways – Canyon Red and Ventura Blue; two new Custom (dual tone) colourways – Downtown Drag, and Sunset Strip and has a new updated version of the ‘chrome’ variant in the Mark 2. The Continental GT 650 cafe racer has also been introduced in five new colourways.

The Royal Enfield Interceptor 650 creates a new record at Speed Week Australia with a top speed of 212.514 km/h

Royal Enfield Interceptor 650 Salt Racer has set the class record at the annual Speed Week run at Lake Gairdner, South Australia. The Interceptor 650 Twin broke the four-year-old class record on each of its runs, leaving the new mark at 132.050 MPH (miles per hour) or 212.514 km/h. The Mid Life Cycles’ Interceptor was entered in Class M-F 650, for 650cc un-streamlined motorcycles running commercial unleaded fuel. The old record of 119.961 MPH was set at Lake Gairdner in 2016.

Royal Enfield, the global leader in the mid-size motorcycle segment (250cc – 750cc), and Knox, experts and innovators of protective apparel and body armour, have collaborated to co-create a range of high protection, accessible riding gear, and CE certified external knee-guard called Conqueror. The launch is part of the long-term collaboration in line with Royal Enfield’s commitment to provide protection, comfort and aesthetically designed riding gear and accessories. Crafted with a vision of offering versatile yet accessible riding gear that meets global safety norms that can be used for multiple riding needs and in varied conditions.