Tata Altroz ticks a few crucial boxes like the superb styling, spacious interiors and features. It is well built and brings an amount of freshness to take on rivals like i20, Baleno and Glanza. 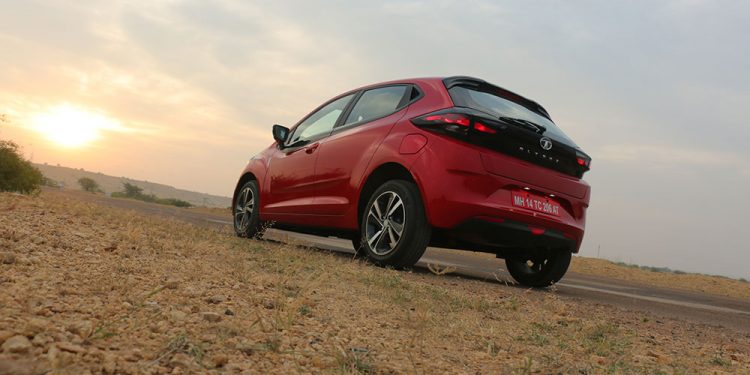 Tata Motors have reinvented themselves to becoming a big player in the Indian auto sector with its last three or four products. The Tiago started it all while the Nexon and Harrier took Tata Motors to a new level in terms of desirability. The key changes have to be design, features and new line-up of engines. Now it moves to the Altroz.

The premium hatchback segment has exploded over the years and the reason is quite simple: you get style, performance, features plus space but you are not buying a big or a costly car. However for the Altroz the competition is very severe with the likes of the Baleno, i20, Glanza and others. So can the Altroz stand out? Here is a detailed review.

Yes, we have yet another good looking Tata Motors car and we might say amongst the best. The Altroz looks stunning and is a balanced but aggressive design. While shades of the Tata Bolt can be seen, the proportions are muscular, sharp and just perfect. I love the front headlamps which sweep back while the rising window line along with the black accents just round up the package well.

The contrast black elements like the grille, airdam, roof plus even the mirrors all just look sporty while the extensive use of black at the rear also works together with the tail-lamps. The big 16inch alloys also look fantastic. The Altroz is wider than rivals which gives it a low stance too. In terms of colours the red looks great but the golden signature colour pops out in the flesh with terrific paint quality!

Inside there has been a sporty theme kept with the Nexon like silver finish dash and you will also see a line sweeping all across the cabin and mimics the steering wheel design. The cabin looks sporty and also well done. Plus we like the new look steering wheel also! Quality is a leap forward and improved from even the likes of the Harrier or Nexon. There is a maturity and improved quality level here especially with the trim, finish and plastics used.

The 7inch touchscreen is well integrated while unlike the Harrier the thought to practicality has been kept in check with an easy to use USB port location and storage. Unlike the Nexon the gear lever is also not very big and perfect. The only thing we did not like is the instrument cluster with the part digital layout. While the digital screen hosts a lot of info and looks good the speedo looks downright cheap and does not belong here.

In terms of space and practicality the Altroz scores well as the door pockets are big plus there are numerous storage places all over however the best bit is the huge glovebox with it being cooled also! Seats are also very comfortable plus offer the right bolstering too! A big USP is the 90 degree door opening feature as getting in and out is easier.

At the rear the headroom is more than enough while legroom is good and yes you can fit three at the back. The boot is alongside rivals at 345litres.

Some of these features are first in class plus we might add that the audio system sounds fantastic and the touchscreen has good useability too!

The Altroz gets two BS6 compliant engines with a 5-speed manual as standard. There is no automatic now. The petrol is a BS6 1.2l three cylinder with 86 bhp and 113Nm while the diesel is a BS6 1.5l four cylinder with 90 bhp and 200Nm. We drove the petrol first and at first impressions it is a decent motor. It is more refined than other Tata cars and at low speeds it works well. The engine is tractable and in the city mode (there are two modes: City and Eco) there was no need for downshifts.

The engine does not feel gutless and the gearing is done for comfortable city use. The clutch and gearshift is amongst the lightest and the best I have seen on a Tata car too. However when you drive it on the highway is when starts to disappoint. It just lacks punch and runs out of breath quickly. The engine feels flat at high rpms and gets noisy. We think for the Altroz the turbo petrol from the Nexon would have been a better fit. That said the petrol gets a start/stop system to save fuel and it works smoothly.

The diesel on the other hand is brilliant though. It is the only diesel BS6 in its class and makes a great case for itself. The torque is ample while the power is also there.

It feels quick and unlike the petrol does not run out of steam. On some empty Rajasthan roads the Altroz diesel crossed 150 kmph easily (done on a private stretch). It is also decently refined too. The diesel has the heavier steering though but the clutch and gearshift itself does not feel heavy. We also loved the suspension of the Altroz as it felt more like a SUV over bad roads. It feels solid at big speeds too. The ride is much better than other cars in its class!

As said earlier the Altroz enters competitive waters with Baleno, Glanza, i20 plus the Polo along with the Jazz. Now we think Tata will undercut its rivals in terms of prices and that should be because the Altroz is the only without an automatic gearbox though it must be said that it is the only one with a diesel BS6. The Altroz has the most features but the Baleno/Glanza/i20 have the better petrol engine however the pricing could change things.

We really like the Altroz and it shows how Tata Motors have matured. In terms of its segment the Altroz ticks a few crucial boxes like the superb styling, spacious interiors and features. It is also well built and compared to rivals bring an amount of freshness. However the lack of an automatic is a disadvantage and we also are not fans of its 3 cylinder petrol but if you can look beyond that the Altroz does offer you a tempting alternative to the established premium hatchbacks out there.