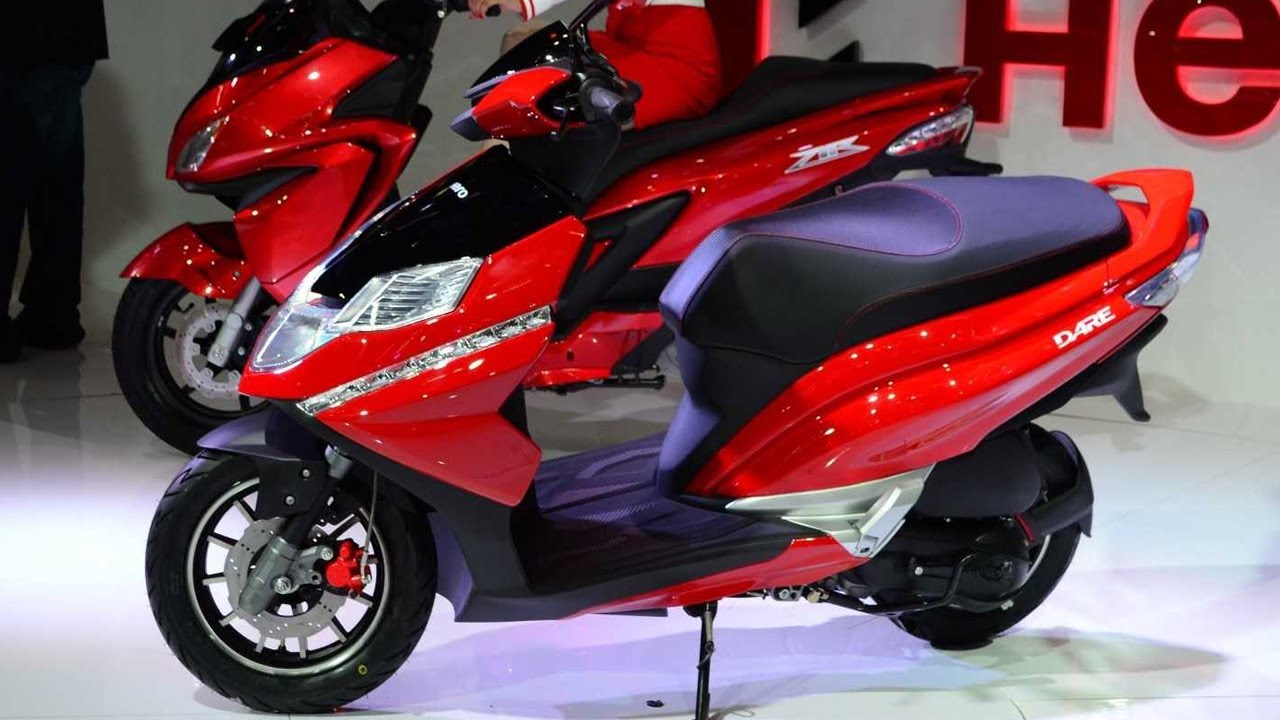 Back in 2014 Hero Motocorp had exhibited an aggressively styled scooter which was expected to be launched in India in 2017 in the 125cc segment, the scooter was then named as Hero Dare. However, there was no news about the Hero Dare later on. At the 2018 India Auto Expo in Greater Noida Hero Motocorp showcased  Maestro Edge 125 and the Hero Duet 125. Now reports suggest that Hero MotoCorp will launch two 125cc Scooters in the upcoming festive season to mark Hero’s debut in the 125 cc segment, which is currently occupied by Honda Grazia, Suzuki Access 125, TVS Ntorq 125, Vespa SXL/VXL 125.

The new Duet 125 will be a premium scooter positioned as a family commuter just like the Duet 110 and Hero Maestro Edge 125 is intended for a younger audience with sharper design clues. From the Auto expo 2018, it is evident that the  Duet 125  gets a metal bodywork. Apron-mounted indicators flank the large chrome chest. The analogue-digital combo cluster features a side-stand indicator as well. whereas the Maestro Edge 125 will feature Diamond-cut alloy wheels, LED tail light, and Frost winkers. Other notable features include Digital-Analog meter with side stand indicator and service due reminder; external fuel filling; remote key opening; mobile charging port and boot lamp. 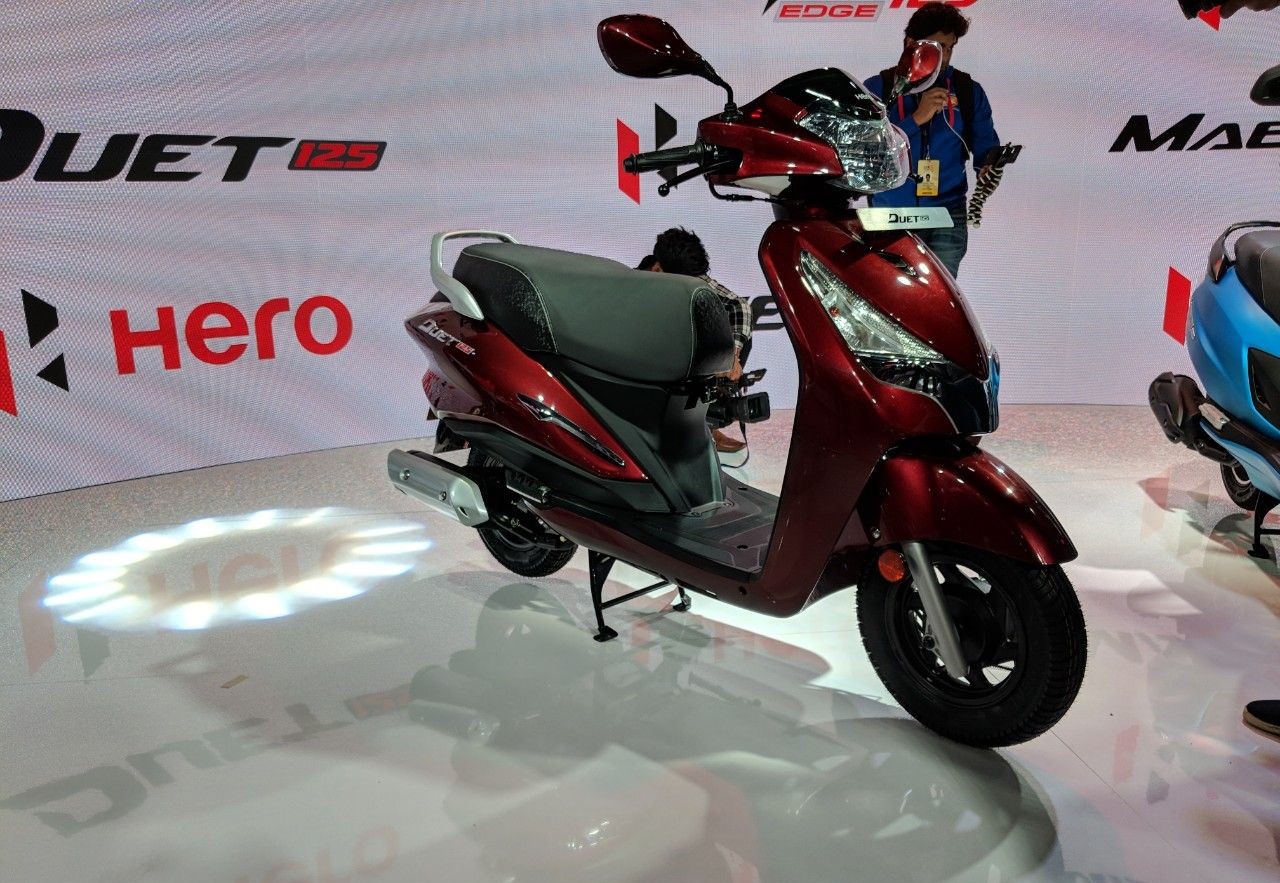 The main feature of these 125 cc scooters will be the Idle Stop-Start System technology (i3S), which marks its debut in a scooter. This technology is switchable, and helps in maximizing fuel efficiency. Both Hero Duet 125 and Maestro Edge125 will be equipped with a new 125cc Energy Boost Engine, which is capable of producing 8.7 bhp and maximum torque of 10.2 Nm paired to a CVT gearbox. 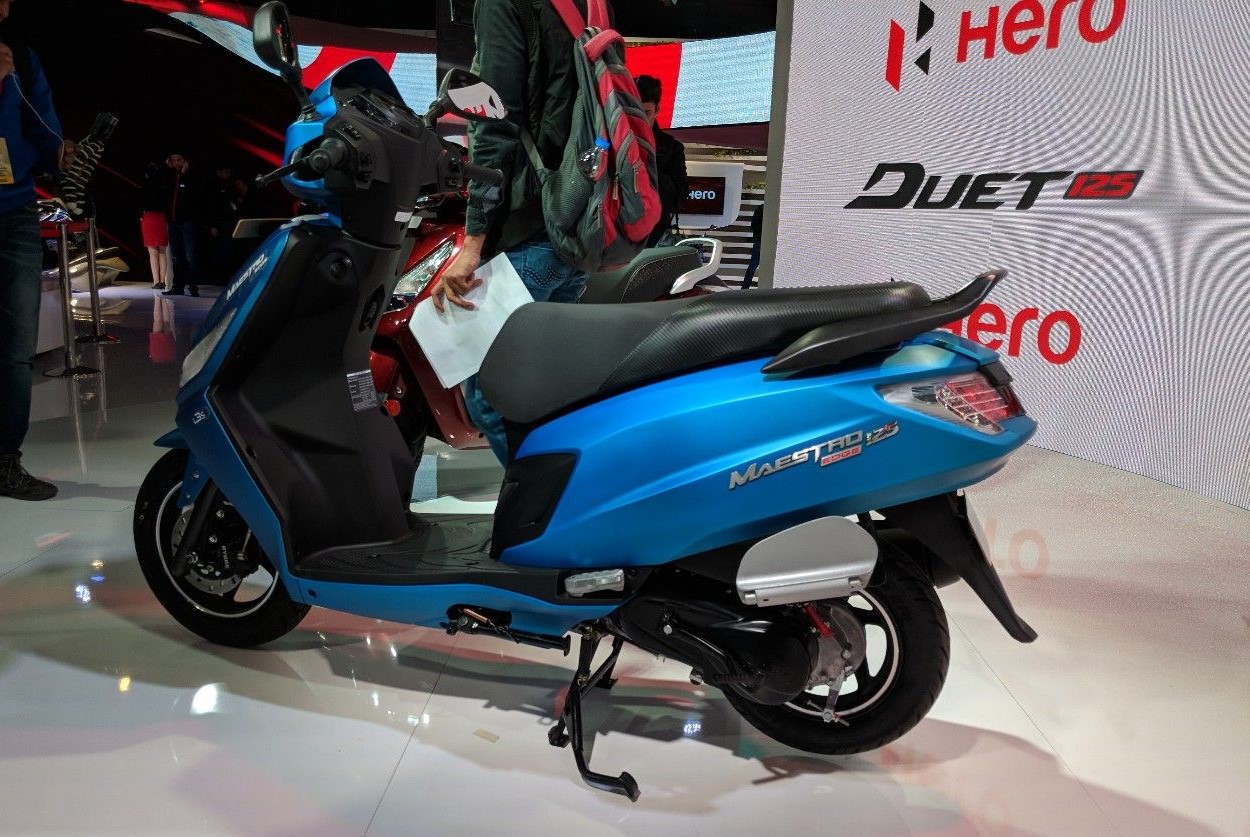 Both these two scooters will enter the market during the festive season on 2018 which is the last four months of 2018. The two products also mark Hero’s debut in the 125 cc scooter segment, which is currently occupied by Honda Grazia, Suzuki Access 125, TVS Ntorq 125 and the Vespa SXL/VXL 125 and will also compete with the likes of the upcoming Suzuki Burgman Street 125. Hero will price its 125cc scooters in a competitive price range of  60,000- 70,000.