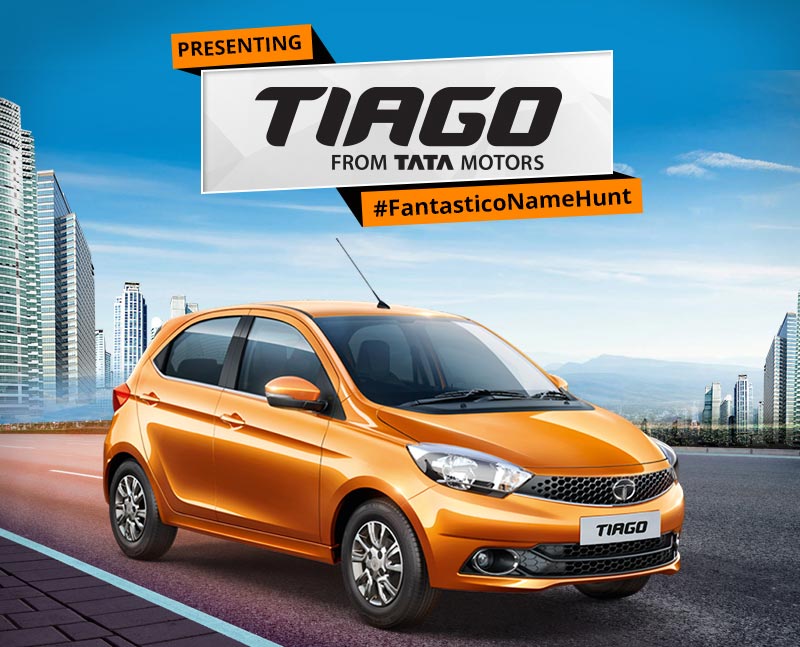 Tata Tiago, the upcoming compact hatchback has made its appearance in 2 different dealerships at Delhi and Goa before its official launch (which is expected to happen on March 28) .

Already Tata Motors’ has opened bookings for Tata Tiago – one can make an upfront payment of 10,000 INR to confirm the booking. The Tiago which was spotted at Delhi dealership appeared in orange shades the one which is used as a character color in Tiago’s promotional materials. The car which was found at a dealership near Goa was of petrol variant.

Currently, both versions of Tata Tiago comes with a 5-speed manual transmission gearbox. The AMT version of Tata Tiago is also expected in coming days.

The all-new Tiago follows Tata Motors‘ new impact design philosophy. The sedan version of Tata Tiago is also going to be offered in the future. Tiago will be feature loaded with some of the segment first features like touchscreen infotainment system, ABS ( Anti-lock braking system), dual airbags and electrically adjustable rear view mirrors.

What about the price? Tata Tiago will be priced in the range of 3.9 lakhs to 4.5 lakhs and the car wants to compete against the likings of Maruti Celerio, Alto K10 , Chevrolet Beat and Hyundai Grand i10 .