Tiago is Tata Motors’ latest small hatchback that will be shipped with new design and a couple of new engines. The all new Tata Tiago will directly compete against Grand i10 from Hyundai and Celerio from Maruti Suzuki.

Tata Tiago bookings are open and the car will be officially launched on March 28th.

Look at the engine spec sheet, Tata Tiago is a clear winner as the engine capacity of both petrol and diesel engine is significantly higher than that of Maruti Celerio 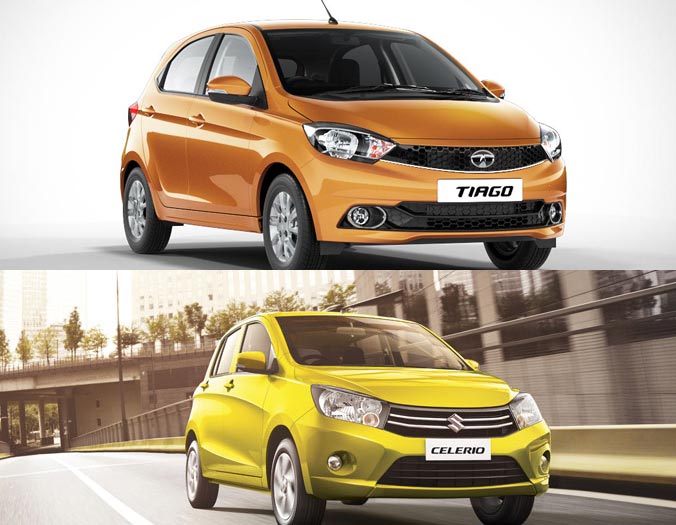 Again, the power and torque figures slide towards the new Tiago when compared with Maruti Celerio both in the case of diesel as well as petrol. 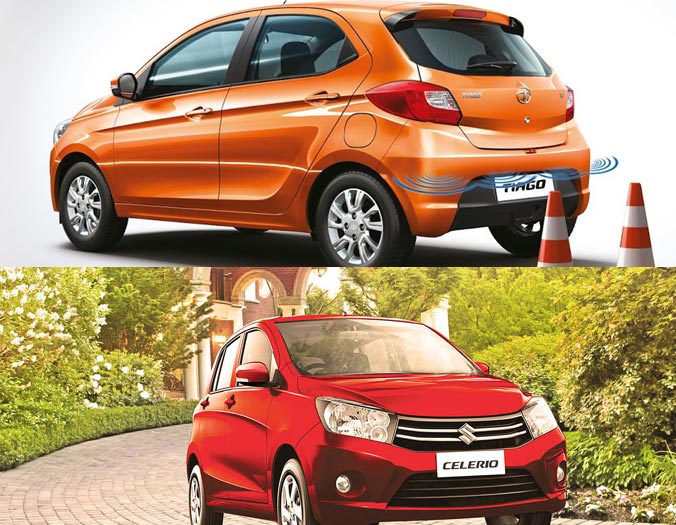 Maruti Suzuki cars are very fuel efficient the same goes true with Celerio. While the petrol Celerio offers a mileage of 23.1 Kmph, the diesel Celerio’s mileage offers 27.62 Kmph which is so far the highest from any car manufacturers in India. 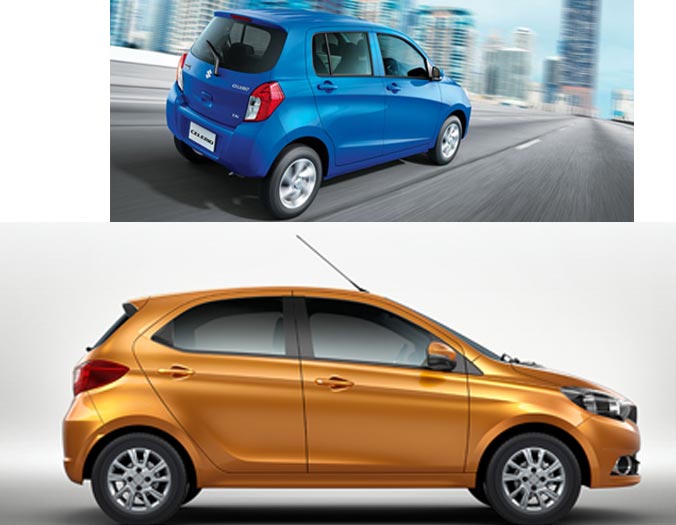 At the time of publishing this article, the price of Tata Tiago has not been revealed yet. Tiago is expected to be in the range of Rs 3.7 to 5.5 lakh where as Celerio‘s current price tag is INR 3.99 lakhs to 5.77 lakhs.

Maruti Suzuki is a market leader in entry, mid-sized hatchback segment, so it will be a challenging for Tata Motors to rival against Celerio.

Which car do you think is good overall? Let us know by commenting below.