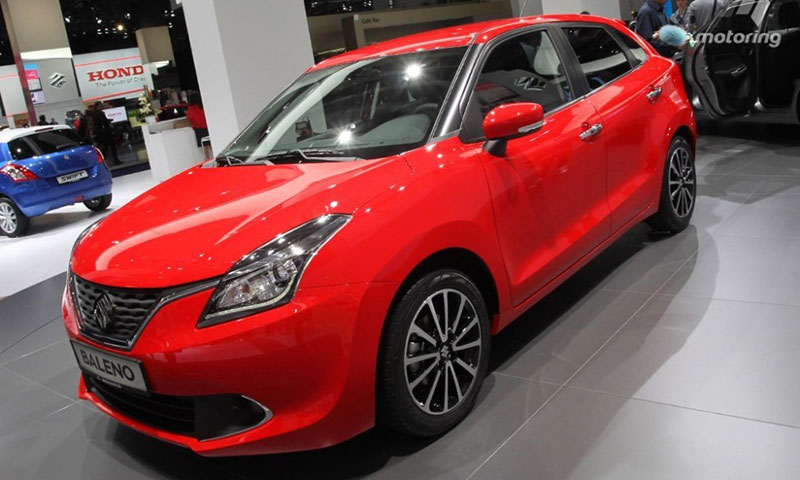 For the Japanese company Maruti Suzuki, Baleno is a very important launch especially after poor response for Maruti S-Cross. Maruti Baleno was first debuted at Frankfurt Motor Show and now it looks like the car would make its debut in India for this festive season. Maruti Baleno bookings have already started at NEXA showrooms by making an initial payment of Rs. 25,000.

This confirms that Maruti Baleno is surely launching in India and could be the next-big-thing from Maruti. Ahead of October 26 launch, the specifications and details of Baleno are leaked.

Maruti Baleno has been offered in 7 different colors:

The car will come in seven colors:

Maruti Baleno will be offered in 4 different variants according to leaked specs.

If you are interested in booking Maruti Baleno, you might want to walk into nearest Nexa showroom. Let us know if you are going for Maruti Baleno when launched by commenting below.

What to expect from Maruti Baleno? - GaadiKey Blog

[…] Ertiga AT and hybrid launch, the Japanese automaker, Maruti Suzuki would be opening up bookings for upcoming Maruti Baleno at Nexa showrooms on October […]