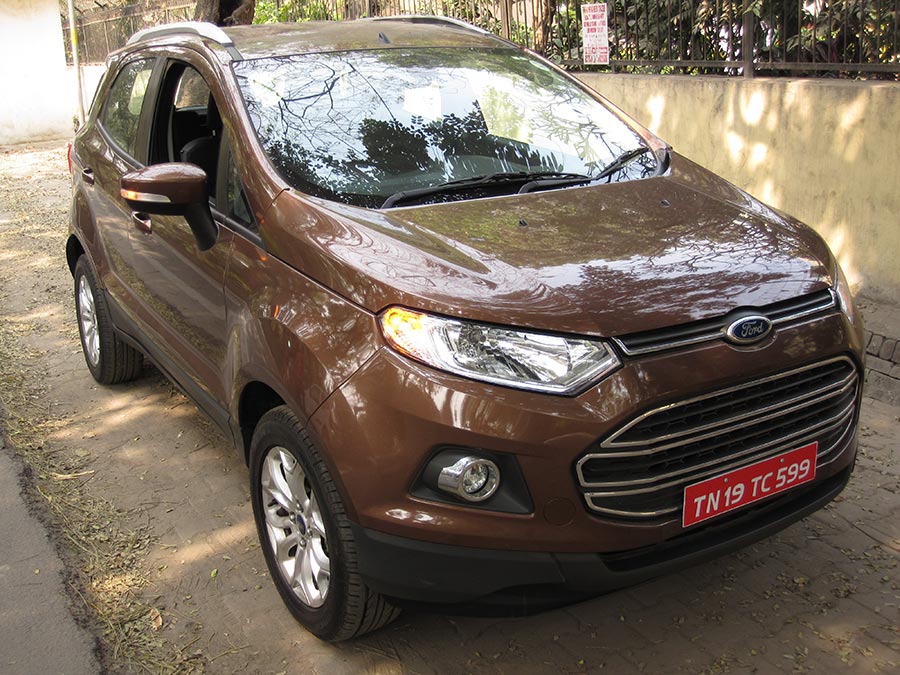 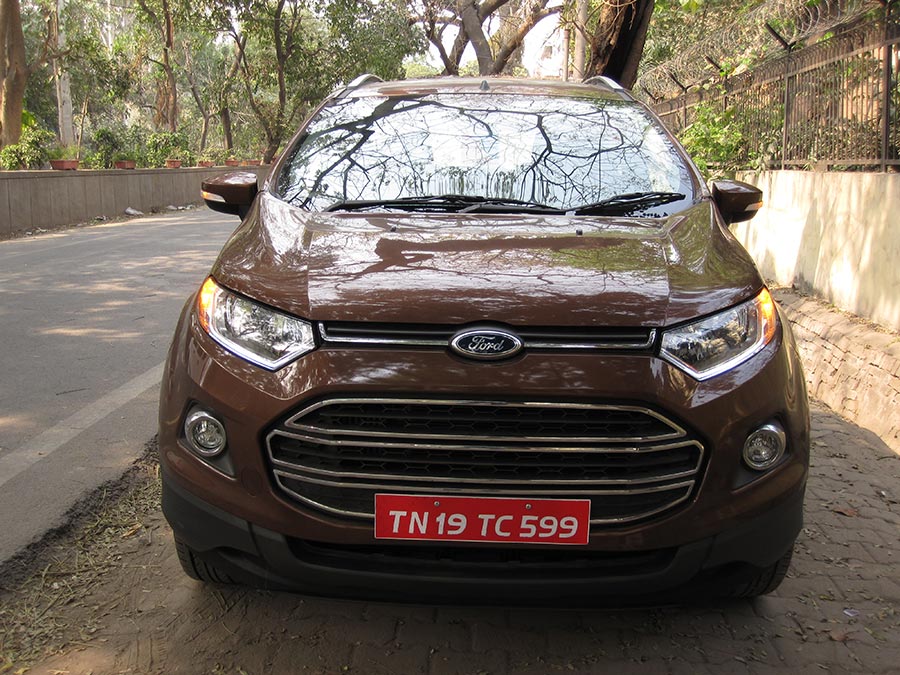 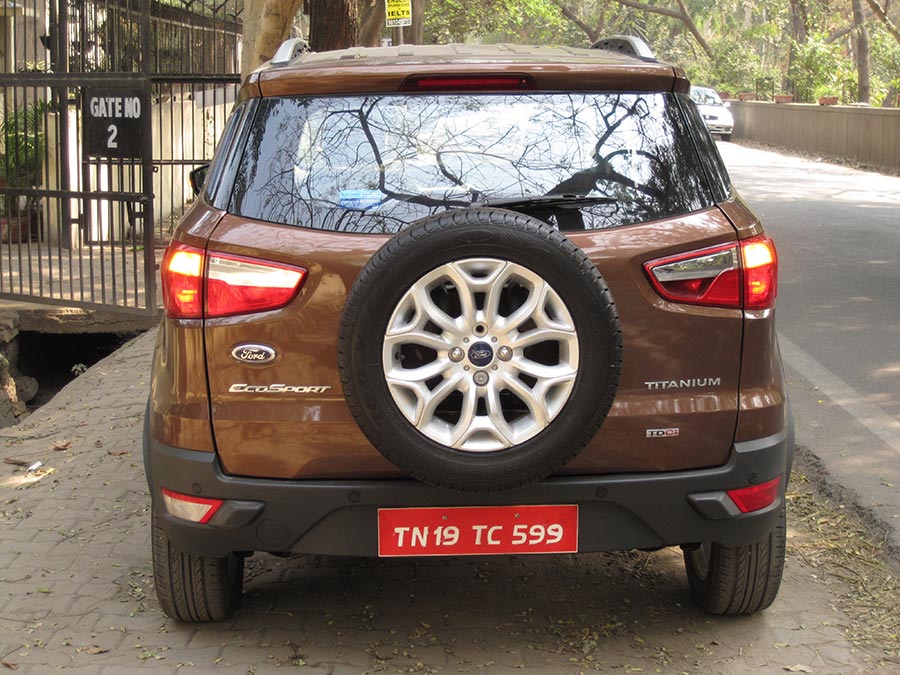 The Ford Ecosport has been a phenomenal success in India and for good reason. However such are the demands of a consumer society and free market competition, that even winning formulas need to be improved with time. What follows is an extremely brief review of the new Ecosport 1.5l Diesel Titanium trim in striking Bronze Gold paint. 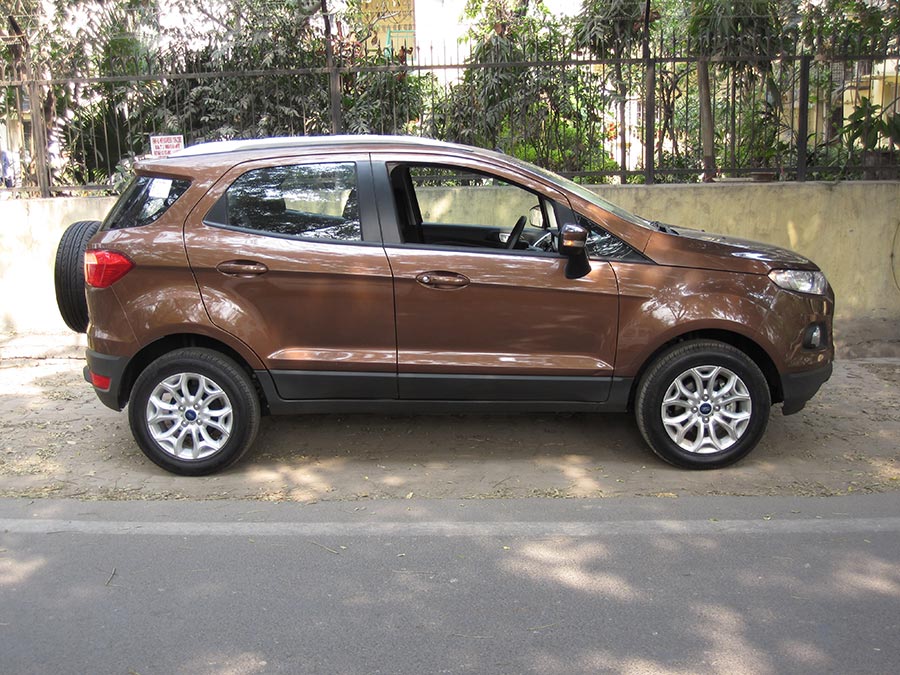 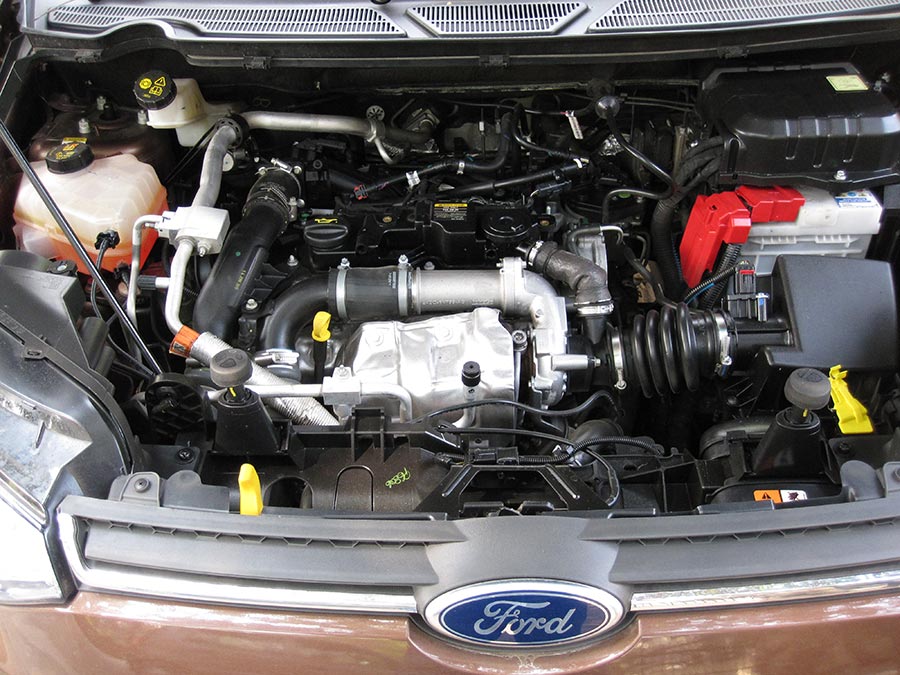 The 1.5 litre TDCi Diesel engine is claimed to now generate 100 PS (73.8kW) of peak power, which is approximately a 10 percent and a significant improvement. Though I cannot provide a relative comparison as I have not driven the less powerful version, the latest power plant is refined and comfortably muted for a diesel, linear in power delivery and on the go and above 1000rpm, has instant response for keeping up or escaping traffic in almost any gear, though in my opinion the Ecosport does miss a 6th gear to fully optimise power and torque for better driveability and fuel returns,the 5-speed gear box otherwise is easy to operate and the lever positive in throw and feel. 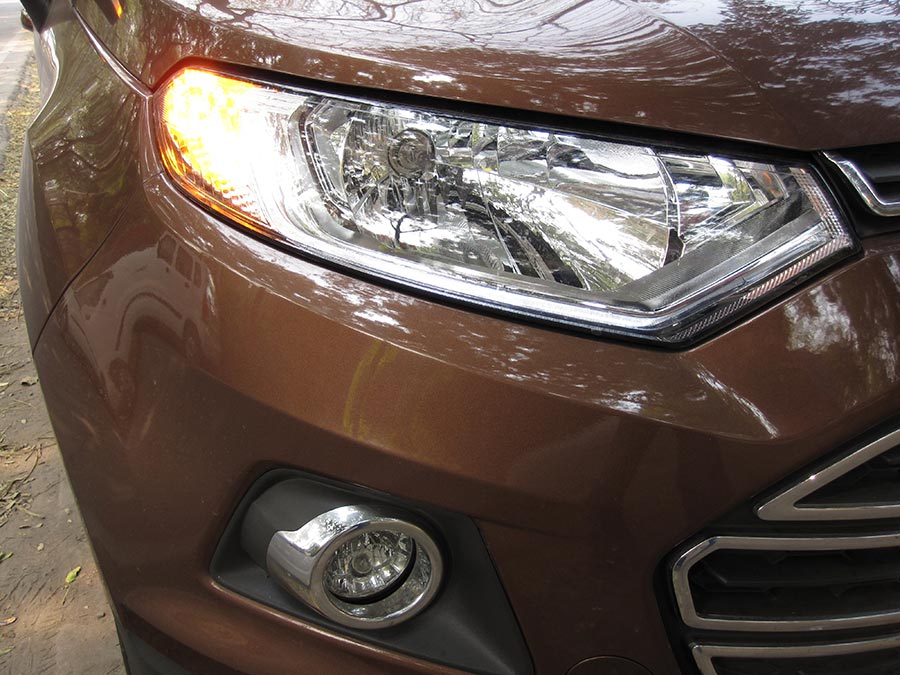 The basic sheet metal design is identical to the previous generation and not tinkered with for the sake of change, a good thing, especially when the same has endeared itself to the car buying public. The additions though are more cosmetic yet very effective, the new Bronze Gold is attractive (of 8 to choose from), LEDs in the front head-lamps provide some safety and drama to dusk-time driving and touch-button electronic tailgate that takes the effort out of the task, whilst loading or unloading goods from the boot with approximately 350 litres of space with a top parcel shelf for lighter items and avoid prying eyes. 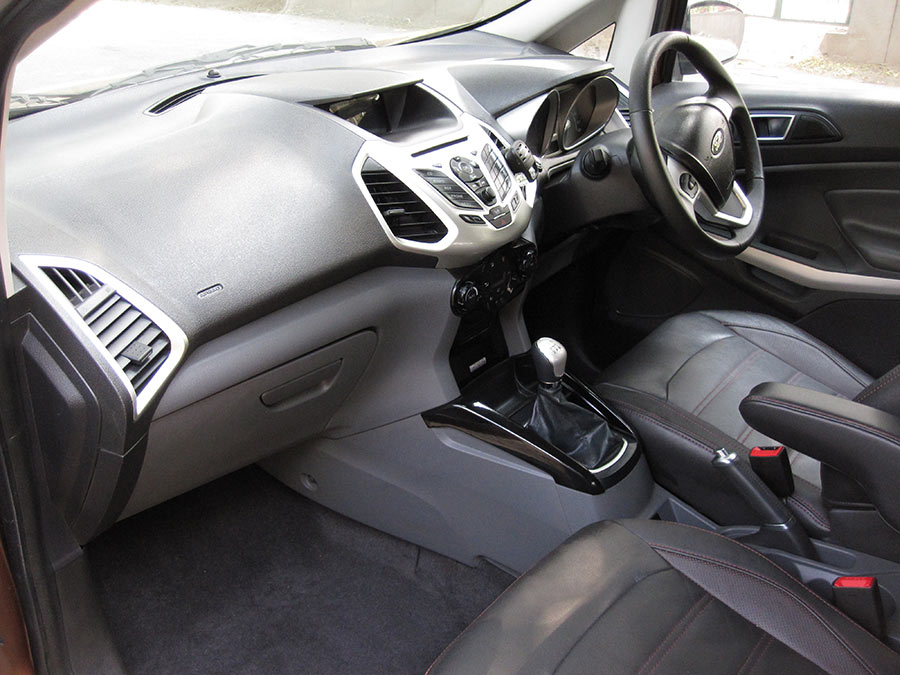 The Ecosport seats 4 adults and a teen quite comfortably and in Titanium trim, the Ecosport comes with comfortable leather seats with orange contrast stitching, rear parking sensors, electric mirrors, keyless touch entry and start, factory alloys and nearly an all black interior amongst a host of other features. Some of the plastic used is hard to the touch but look soft enough yet hard wearing. The switch gear quality and general build, seating position and vital functions like air-conditioning and infotainment systems (including Ford’s SYNC® technology) work very well with an air of quality, robustness and workmanship that may be the current benchmark in the relevant category. 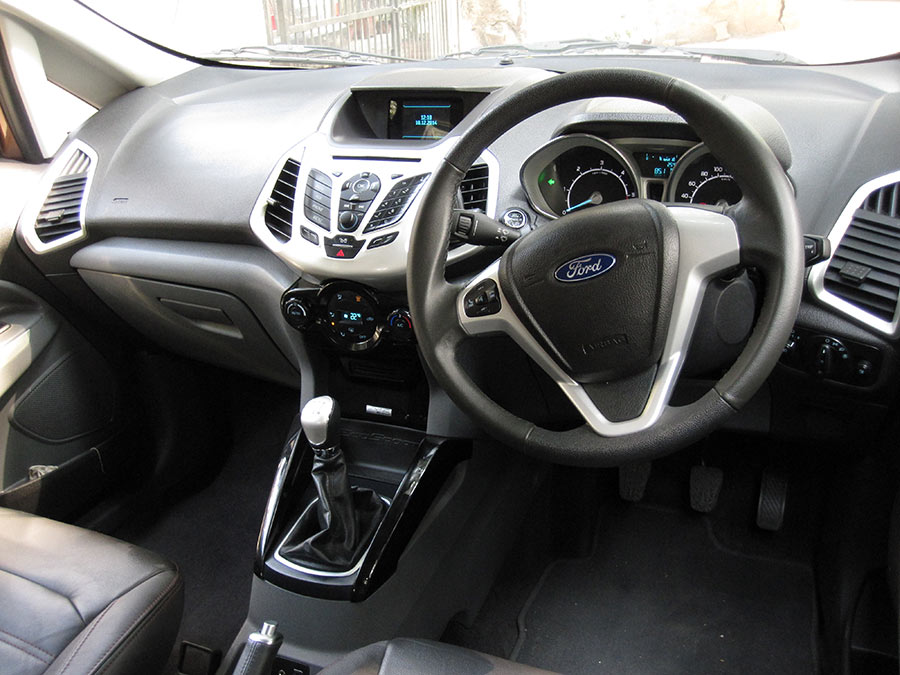 The Ecosport rides well on 205/60 R16 tyres and irons out most surfaces and undulations, though with some road noise filtering through and some body roll when negotiating turns due to a higher center of gravity, still is stable at reasonable highway speeds. The relatively higher ground clearance of approximately 200mm suits travel over poor and broken surfaces across town and better vantage point whilst driving. 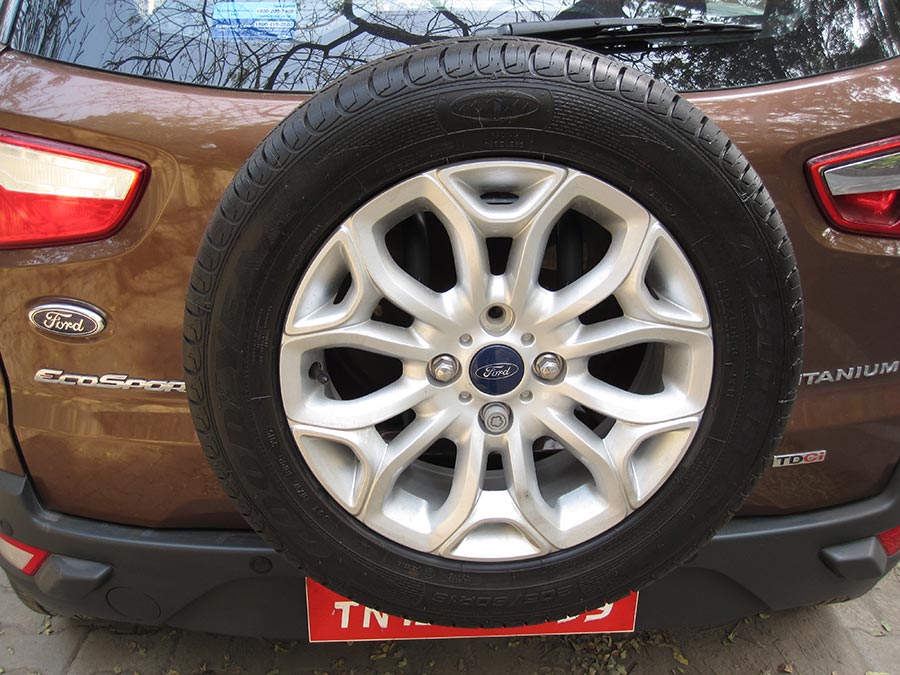 The steer is light at low speeds and feels steady at higher speeds with a host of airbags (6 in top trims) as a last measure of safety and ABS plus EBD to haul you in via ventilated discs up front and drums in the rear wheels. Brake and clutch feel and travel is well weighted, linear and positive and works well with a smooth transmission with no jerks or uncertainty in play. Add the solid weighty feel of the doors and robustness of general build quality, the Ecosport does feel a lot safer to drive. The thick A-pillar does however provide some worrying moments, especially when driving about town in a hazard rich environment. 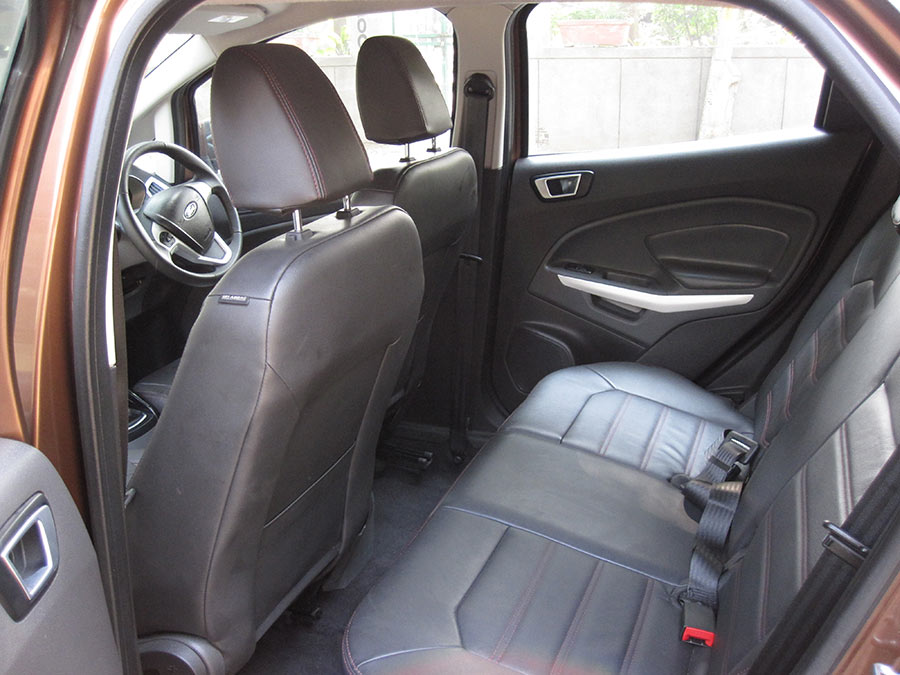 In my brief drive, mostly between Gurgaon and South Delhi and a some heavy daytime traffic in the latter, I managed an average of about 17 kms/l which must be commendable, given that the air-conditioning was used, stop-go traffic and with some mildly spirited driving involved over some stretches of open road. With a fuel capacity of 50 odd litres and the efficient returns of the diesel motor, the Ecosport should also appeal to many as a long distance cruiser and an inter-state transport of choice. 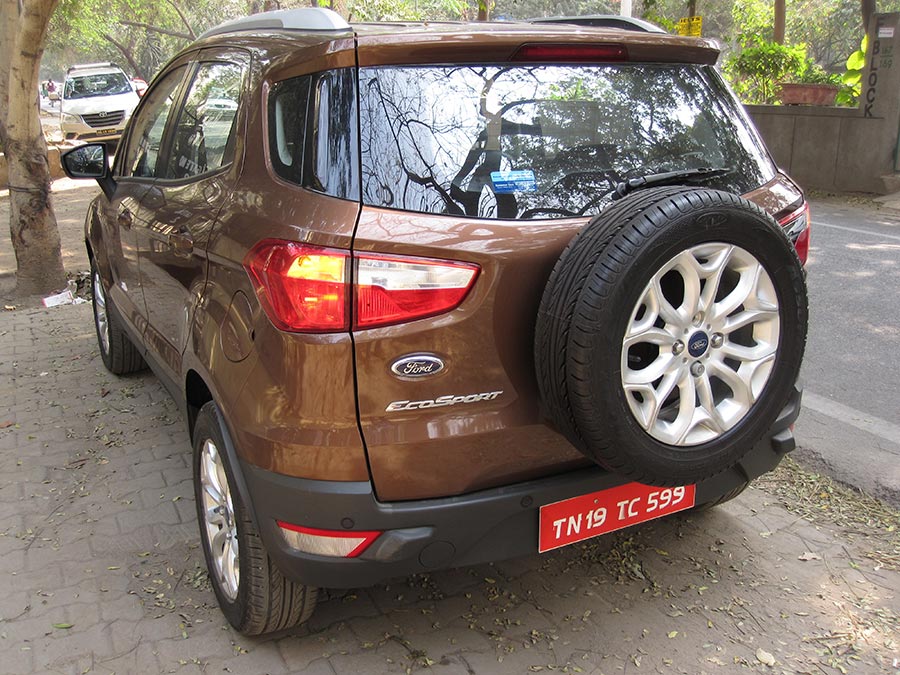 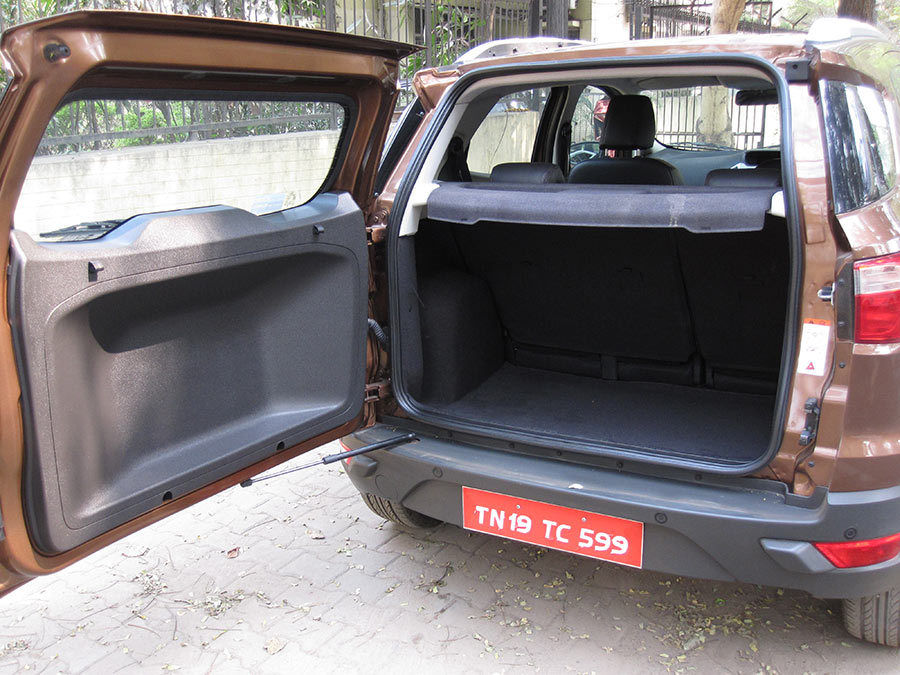 The Ecosport’s main strengths continue to be great build quality and finish both inside and out, attractive design paired with advanced technological and safety features, strong and refined engines and affordability, in addition to a certain European flair. For engine and trim choice, the Ecosport comes with two petrol engined alternatives and the diesel here reviewed along with a host of trim levels to suit the budget and taste of the potential Indian customer, whilst from a price point, the range starts at a little over Rs.7 lacs (ex-showroom Delhi) for the entry 1.5l petrol and tops out at approximately Rs.10.65 lacs for the 1.5l TDCi Titanium + (model here featured is priced at a shade under Rs.10 lacs ex-showroom Delhi). 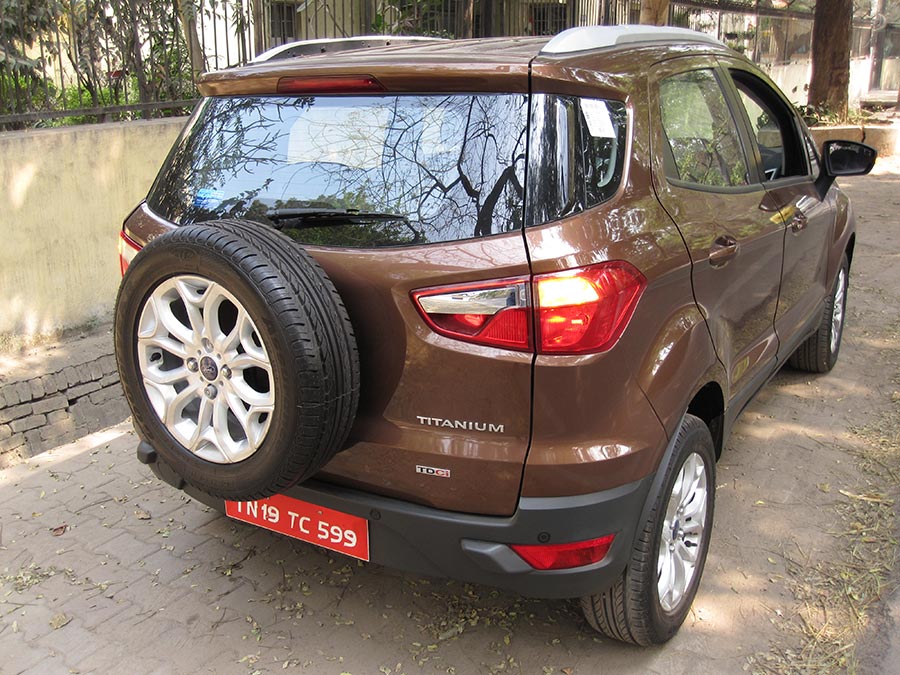 The Ecosport with a power hike to its 1.5l diesel engine and effective cosmetic improvements continues to retain its claim as still the sub-SUV segment’s potential class leader despite its age and new competition from the likes of Mahindra TUV 300, Hyundai Creta, Suzuki S-Cross and the soon to arrive re-edition of the Renault Duster. It proves the point that a good thing will enjoy an extended run despite the shortening interest span of the car buying public.

[…] The potential rivals of Mahindra Nuvosport are Vitara Brezza and Ford EcoSport. […]